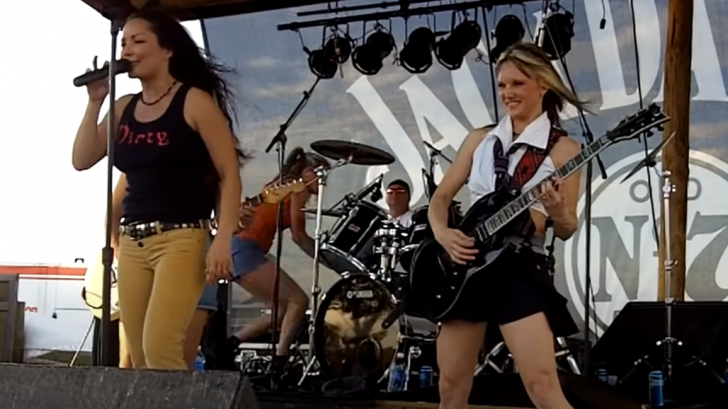 ThundHerStruck has toured across the globe, bringing the “Let There Be Rock” mission to crowds as far away as the Iraqi deserts and their home base of Los Angeles. For more than 10 years, they have performed at a variety of gatherings, including business parties, casinos, trade exhibitions, charity events, military tours, and regional, national, and international festivals. Instead of emphasizing either the “Bon Scott era” or the “Brian Johnson era,” ThundHerStruck plays the songs from each of the bands’ formative eras with equal fervor and passion.

They gained acclaim for their CD, “You’ve Been ThundHerStruck,” which one reviewer praised for “managing to capture the raw edge of AC/DC, as well as the bands own unique power and sound as well.”

ThundHerStruck has won numerous music awards, such as best tribute band, best in category (vocals, guitar, bass, and drums), and best tribute CD, from prominent music award ceremonies. Each member of this band is a highly competent and experienced musician, and as a whole, they form one of the most renowned and in-demand tribute bands in the world.

ThundHerSruck, does a phenomenal job with this rendition of AC/DC’s “You Shook Me All Night Long.” They play live and deliver a lot of enthusiasm. You’re going to love ThundHerStruck rocking out to AC/DC.