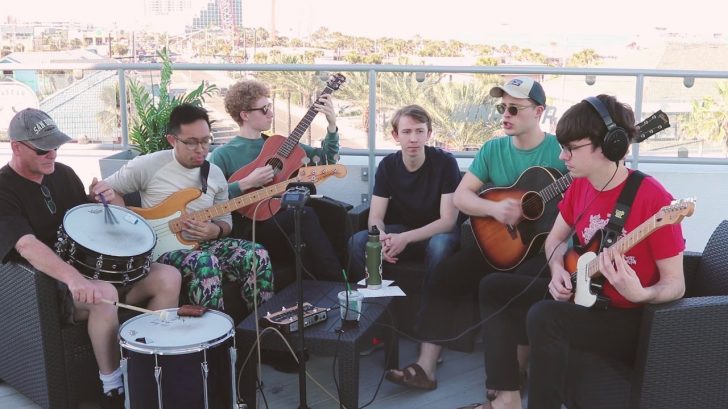 The most popular song recorded by the group The Buffalo Springfield is “For What It’s Worth”, a psychedelic folk-rock song written by Stephen Stills, recorded in 1966 and released as a single in 1967 and as part of their great debut LP. In 2019, a gang of young musicians takes on the song and did a magnificent cover – uploaded via YouTube @Josh Turner Guitar.

Buffalo Springfield, one of the main bands of the 60s whose legacy could have been greater if the friction between its members and the desire to fly solo of one of the main figures in rock history did not concur: Neil Young.

Josh Turner is a YouTuber and a guitarist who covers classic rock hits such as this one, you can see him in the left corner, the one wearing the headphones and red-shirt, but hey, take note of the bass player, he’s really jamming the tune and just chillin’ out.

This can be considered as the greatest “amateur” cover of all time. Keep going for the video below: