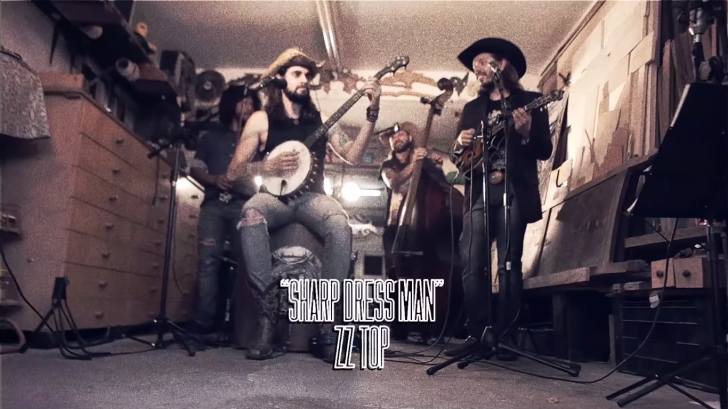 A dazzling red modified 1933 Ford Coupe with dazzling headlights and a gallant chrome caption that reads ‘Eliminator’. Little did this little car know that it would enjoy success and recognition throughout its life, being the object of lustful looks full of envy from the men and women of America.

The roots of Eliminator’s success can be traced back to its predecessor album, El Loco, in the early 1980s. In it, we already found synthesizers and traces of the romantic new wave that was plaguing the charts in the US and the UK, at the hands of established artists such as Talking Heads or Japan. But what would truly mark a turning point within the band would be their Linden Hudson partnership as a co-writer of Eliminator.

‘Sharp Dressed Man’ and its cutting riffs, which invite us to be unconcerned, and to remember, of course, “that all girls go crazy for a well-dressed man”. And alongside catchy boogie rock and pop, there’s also a chance to enjoy a ride.

But what if ‘Sharp Dressed Man’ was played in Bluegrass style? What would it sound like? To answer this question, watch the video below, where a band called O Bardo e o Banjo cover the song with a Bluegrass twist.