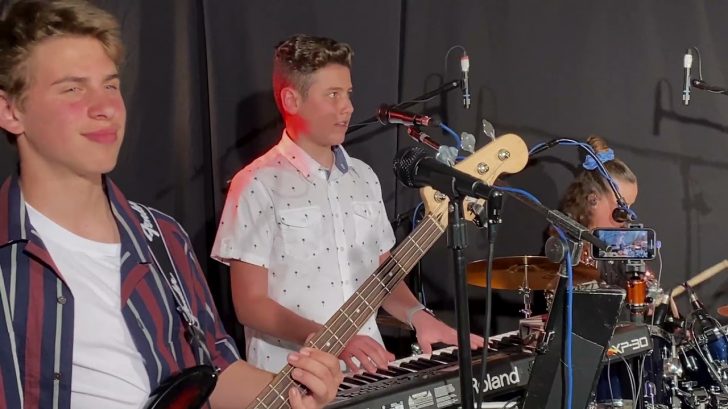 They go by the name “Leave Those Kids Alone Band,” and they can rock out. This young band has a lot of skill.

Keep going for the video below.

“You Can Tune A Piano But You Can’t Tuna Fish” from 1978, the first track by the original REO lineup, which consisted of Kevin Cronin on lead vocals and rhythm guitar, Gary Richrath on lead guitar, Neal Doughty on keyboards, Bruce Hall on bass, and Alan Gratzer on drums, is a fantastic blend of rock songs by guitarist Richrath and more pop-influenced songs by Cronin. The album opens with “Roll With The Changes” and “Time For Me To Fly,” two Cronin songs that didn’t find success as singles but served as forerunners to later hits.

The group in the video below is amazing, but keep an eye out for the young man in the blue checkered shirt because he is unbelievably gifted. You’ll be astounded at how accurately he can reproduce some of these well-known guitar riffs.