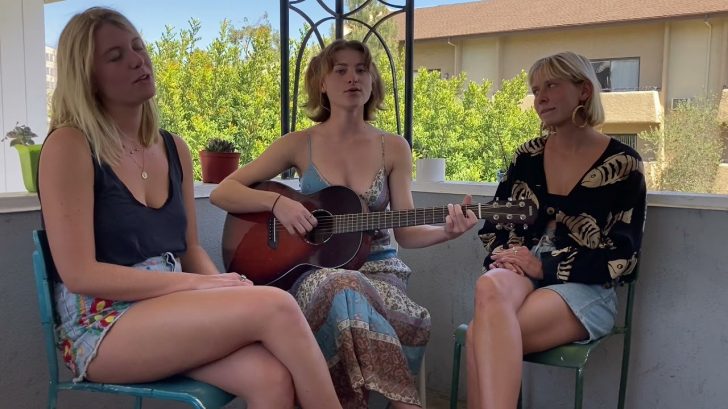 At the beginning of the ’70s, there weren’t many groups that managed to sell out stadiums. After experimenting with different formations during the sixties, four young musical talents came together in a supergroup: Crosby, Stills, Nash & Young (CSNY). Neil Young and Stephen Stills came from the legendary band Buffalo Springfield, David Crosby from The Byrds, and Graham Nash from the British group The Hollies. They were young but had musical experience.

One of many songs that are worth listening to. We discover the genius of, in this case, Stephen Stills, CSN’s main songwriter, through one of their famous songs: Helplessly Hoping.

In the video below, an acoustic three-piece all-female group called The Ladies of the Roach Motel did a cover of the song, and they did it with finesse like they owned the song. Without a doubt, in this cover of Helplessly Hoping, we find music that is much more elaborate. A cover that has been worked on by these young ladies, who even improve the sound with a perfect guitar accompaniment.