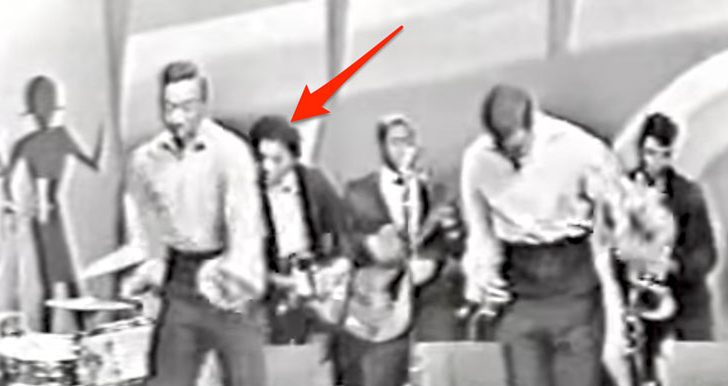 You’ve got to love the early days of rock stars. It’s funny because there are several clips out there where would-be famous rock stars, start out as a backup in an unknown band. There’s a video of Jimmy Page floating out there as a kid and little did anyone know whom he or she were sharing the stage with.

Almost every rock star in existence has their humble beginnings. Some would even say it’s their way of paying dues. Every musician has to learn the ropes, so to speak. Still, it’s always fascinating to see a rock legend in a ‘backup-musician position’.

Here’s a performance from 1965 on Night Train. Try to see if you can recognize one of the guitar players. Here, he is just part of the band, but a few years down the road, he would go on to become one of the greatest and most innovative guitar players of any generation. See for yourself!