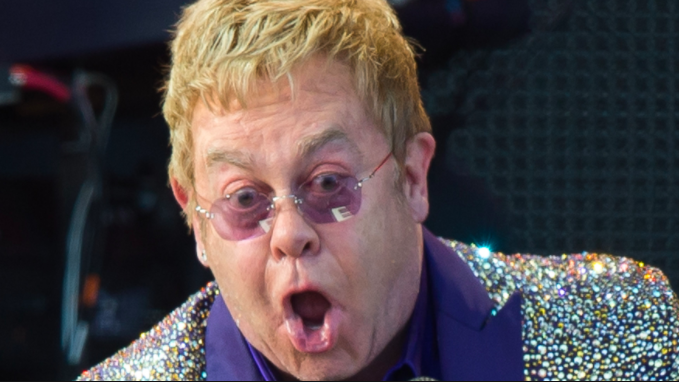 Elton John went on expletive-laden rant at a “rude and disruptive” fan in his show in Las Vegas.

On March 1st, during the season performer’s concert at The Colosseum at Caesars Palace, some lucky fans were invited up on stage with him as he was performing his hit Saturday Night’s Alright (For Fighting). Well, one overzealous fan couldn’t help but get overexcited and got a little but handsy on the Piano Man’s piano keys. And no one touches his piano keys, that’s crossing the line for Sir Elton John. The incident caused the singer to lose it and he could be seen screaming “f**k off” repeatedly at the fan, as he then stormed off stage.

Ever the professionals, his band carried on playing even if Sir Elton left the stage, obviously distressed and disgruntled. The 70-year old eventually returned on the stage but then told the audience:

“No more coming on stage during Saturday Night. You f**ked it up.”

Sir Elton still had to go on with his show, closing with Circle of Life from The Lion King.

In a statement released on Twitter, he defended his actions towards the fan who was “rude and disruptive”.

A statement from Elton. pic.twitter.com/Cdd7jqjPZt