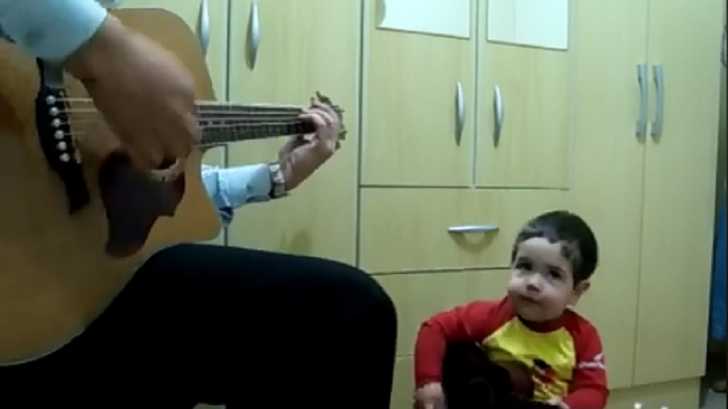 Just In Case You Need A Dose Of Cuteness Today

There’s really no shortage of Beatles covers – from so-so to mindblowing, we’ve probably seen it all. But this rendition by a father and son duo is giving us all the feels. Besides, it’s not every day that you get to see something that truly warms your soul.

Meet Diogo Mello and his dad Christian Diego who are from Criciúma, Brazil. This little boy is barely two years old in this video but is already winning everyone’s hearts. With a ukulele in hand, he proves that you are never to young to rock and have a great taste in music. Because while most toddlers his age are into nursery rhymes and all that “Baby Shark Do-Do-Do-Do” craze, Diogo prefers The Beatles.

The apple doesn’t fall far from the tree for sure because it’s pretty clear that his father is seriously talented in the music department.

In less than two minutes, our faith in the next generation was restored. Diogo may not know all the lyrics but when it’s time for “Don’t let me down!”, he belts it out with so much gusto that we can’t help but smile. His passion is absolutely contagious.

We become fans of anyone who sings with that much feeling which is absolutely necessary given that this was John Lennon’s love song for Yoko Ono. It was his anguished plea so to speak.

“When it gets down to it, when you’re drowning, you don’t say, “I would be incredibly pleased if someone would have the foresight to notice me drowning and come and help me,” you just scream.” – John Lennon

Diogo is a few years older now but not surprisingly, he still has a lot of love for music. We seriously can’t wait to hear more covers from him and his dad!