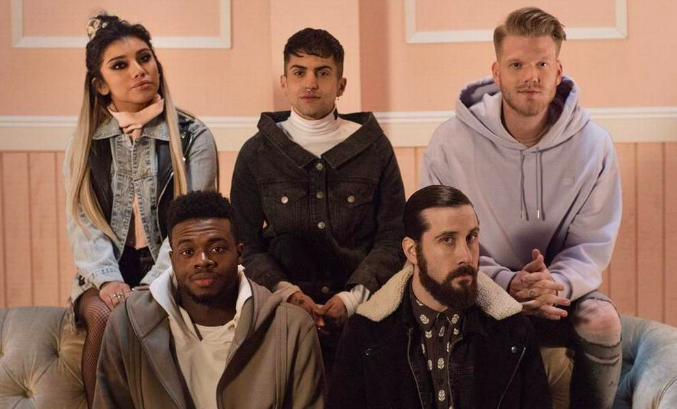 With this a cappella group’s absolutely phenomenal ability to make vocal musical arrangements this complex, it is so easy to forget they are using no musical instruments in their performances! If you haven’t heard of multi-Grammy Award-winning vocal group Pentatonix yet, you are definitely missing out on one of or possibly THE greatest modern a cappella group ever. And they prove their out-of-this-world talent once more with their knockout take on Queen’s 1975 epic “Bohemian Rhapsody”.

This vocal group based from Austin, Texas have enjoyed hundreds and hundreds of million views on YouTube. They have put out number one albums and singles in just seven years of being together. They are best at what they do, being able to turn five voices into the biggest musical masterpiece that will leave your jaw to the floor. And every single time, they crush it. And they’ve done it again with the beautifully executed cover of “Bohemian Rhapsody”

First #PTXVol4 EP… then #PTXBohemianRhapsody music video… and now we just surpassed 13 million subscribers on @YouTube!? Thank you all for being part of this incredible day!

Given that Queen’s masterpiece was written and released way before even any of the five members of Pentatonix was born, the a capella group still managed to make their rendition as epic as it can be for a cover without any embellishments that musical instruments can bring. It’s something that Freddie Mercury himself would be fond of.

Undeniably, Mercury wrote a song made for showing off vocal acrobatics, but it’s the group’s vocal mimicry of the musical instruments (the heavy beatboxing of Kevin Olusola to Mitch Grassi’s vocal ‘guitar solo’ at) that really set them apart from the hundreds of covers that have already been done of this song.

Pentatonix manages to bring Freddie Mercury’s brilliant vision to life. Watch the video below and see the epicness for yourselves: