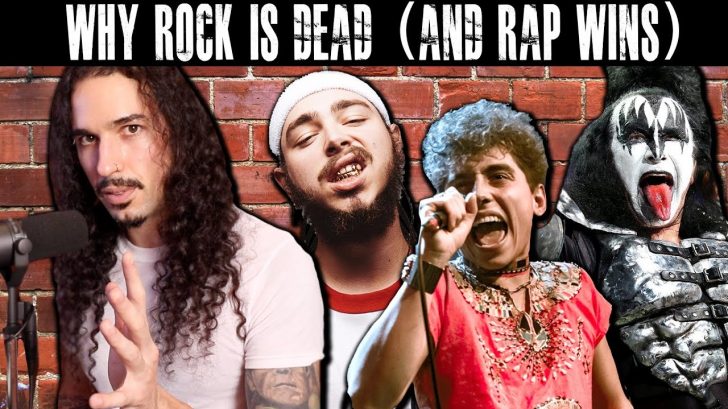 But As An Art?

This guy is right that rock is not the sound of today’s music. But of course, as rock fans, we couldn’t care less. Rock is so much alive in all kind of forms. If RnB, Rap, or even Pop is what these kids listen to nowadays, let them be, as long as there is no shortage of rock bands, be it old or new. And we just have to boycott and ignore the Rock And Roll Hall Of Fame on keeping inducting none rock acts. They are just lousy and don’t know sh*t.

Rock music is not dead it is just very much divided into many genres. Really, rock bands of today don’t get much of attention like it used to before, they don’t get the focus and emphasis or even getting their songs played at least once every hour on radio stations. It’s very different than before. In the heyday of Rock, you could actually tune into different radio stations and hear rock tunes from different rock bands every minute.

The only good thing is that today’s band are becoming more successful without the help of major record deals or even national promotion for that matter — the guy in the video is correct about Greta Van Fleet, — by constantly touring and performing in small venues had helped them to have the taste of success in the music scene.

Just like what the guy is trying to point out, MAINSTREAM ROCK IS DEAD. It’s likely to return, because of the young rock bands today who are getting the support of old rock fans. Greta Van Fleet surely has stood out as the new rock’s biggest name in today’s music. They’ve picked up quite an amount of buzz (much of it being for sounding uncannily similar to Led Zeppelin), and they are expected to release their debut album this year.

So yeah, Rock is dead in the mainstream, but it’s very much alive in the underground. Check out the video below, and hear some of the good points “Why Rock Is Dead.”