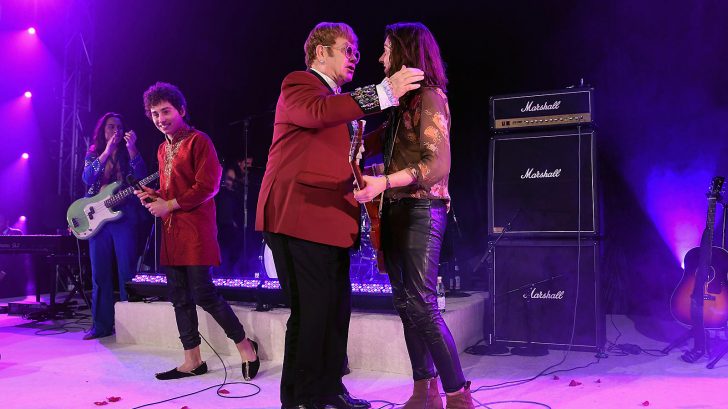 We Were Also Blown Away By These Kids!

It’s been a great year for the new rock band that is seeping with classic rock influence in their music.

Greta Van Fleet was invited and introduced by none other than our very own “Mr. Rocket Man,” Elton John to play at one of the most exclusive gatherings in Hollywood at his annual Oscar party benefitting the Elton John AIDS Foundation. Jake Kiszka (GVF guitarist) told that they were personally asked by Elton to perform at the show.

Elton John described his reaction to seeing Greta Van Fleet playing at his show as;

“They blew me away.”

And he told the star-studded crowd,

“They’re gonna be one of the biggest new bands of the year. They have an amazing future ahead of them. I’m so thrilled – I’m so thankful – for them to come on stage and play for you!”

The great thing also about the show is that Elton John wasn’t just hosting, he also joined the party and jammed with Greta Van Fleet, playing his very own classics, “Saturday Night’s Alright for Fighting” and their “You’re the One.”

Elton John just recently announced his farewell tour, while on the other hand, Greta Van Fleet are going to be doing some touring this year, both headlining music clubs and performing festivals. Jake Kiszka told that the band is hoping to finish work on their first full-length album.