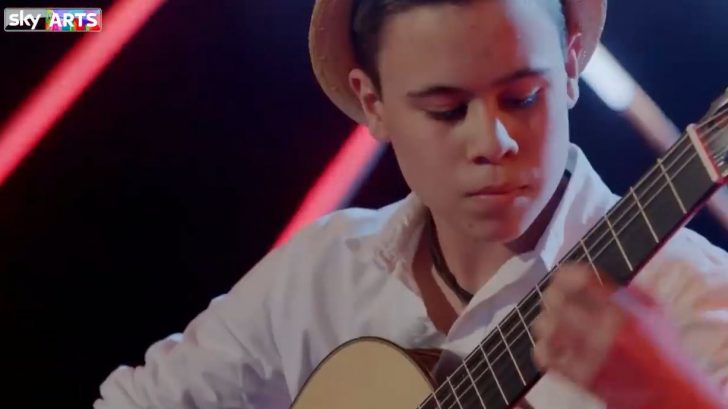 via A Queen Of Magic/Facebook

People have dubbed Bohemian Rhapsody as one of the most overplayed songs in the past decades, but would consider listening to it one more time if I told you that an amazing kid covers the Queen’s masterpiece using a Classical Guitar? – Well, why wouldn’t you? Right?

The amazing kid named Billy Watman covered the song using a Classical Guitar on SKY ART Channel show called the Guitar Star, and he was just a 15-year-old boy at the time (possibly 17 today). Billy Watman is definitely a talented kid from London, UK. He is obviously very passionate and dedicated to his playing and can make people wowed just by showcasing his guitar skills. Just at first glimpse, you will know that this KID will be going places, and he definitely did! Even though he didn’t win the guitar competition, he’s still the winner in the eye of the audiences. The way he arranged the song Bohemian Rhapsody is nothing short of brilliant.

The kid surely has a knack for guitar and really love classic rock (as you can see above, he’s with Tony Iommi and has taken a selfie with a GOD in the flesh).

You can watch the video below and may I suggest that never skip past an incredible performance like this one, and keep in mind that he was just a 15-year-old kid that would bring you down to your knees and beg for more because he just crushes (even the operatic portion) the iconic Queen’s Bohemian Rhapsody on a classical guitar.

By all means, keep going for the video below and don’t murder the replay button. Watch and be awed by the 15-year-old kid who’s probably better at playing the guitar than some seasoned classic rock guitarist.