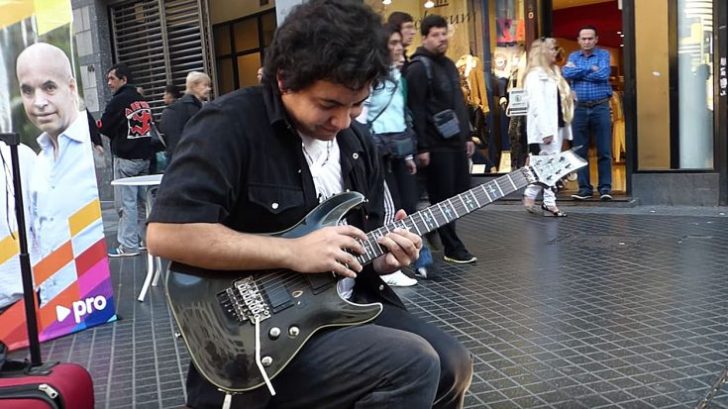 Damian Salazar Is A Beast!

Ask yourself this, when was the last time you saw a truly great street performer? Sure, you’ve seen tons of street performers in general, but when was the last time one of them blew you away? The truth is that there just aren’t as many, anymore. Thanks to the Internet, performers no longer have to take to the streets to show off their craft. They can do it all right from home and still have millions of people see it in an instant. However, there are still some that use the magic of their local plaza to dazzle pedestrians with their amazing skills!

Take for example Damian Salazar. This young man is a monster guitar player who has gone viral on several different occasions for his lightning fast shredding technique. If you surf through his channel you’ll find dozens of videos of him putting other guitarists to shame. This time around is certainly no different. Watch as he shreds his way through “Sultans of Swing”!