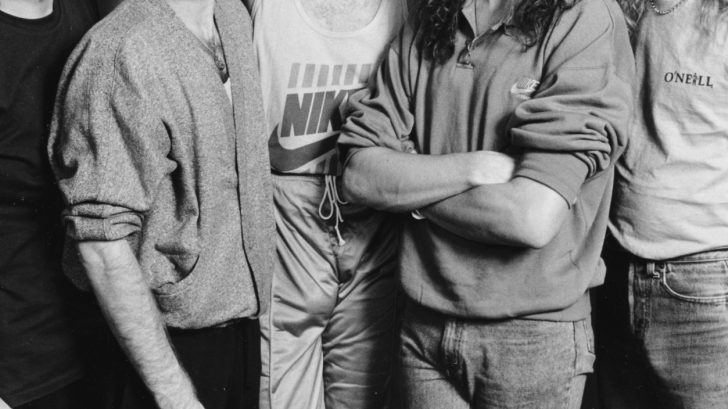 They Absolutely Deserve It…

Many bands have truly heartbreaking stories of their trials and tribulations throughout their tenure. The ones that are the most successful today are the ones that have endured the absolute worst of circumstances. And with that said, there are very few bands who have endured as much as Def Leppard.

From deaths in the band to a horrific car crash that left their drummer with a severed arm, Def Leppard have been through hellfire and brimstone all for the love of music, and while it seems like life is always dealing them an unfortunate hand, they are now finally getting a long overdue honor that is often considered to be the most prestigious in rock history. An induction into the Rock & Roll Hall Of Fame.

Def Leppard formed in 1977 in Sheffield, South Yorkshire, England and quickly rose to superstardom with numerous hit rock songs such as “Animal”, “Photograph”, “Rock Of Ages” and “Pour Some Sugar On Me” just to name a few.

The band was quickly on their way to becoming England’s hottest new act when drummer Rick Allen was involved in a horrific car accident where he lost his left arm in 1984. This, however, would not stop the band from becoming the best that they could be.

Rick defied all odds and plunged ahead with a specially made drum kit that made him able to perform with one arm. Rick Allen has performed this way ever since and he is widely regarded as one of the greatest rock drummers in history for it.

However, the band would again be dealt a hand that would stop most other bands in their tracks. Guitarist and principle songwriter Steve Clark passed away at the age of 30 in January of 1991. This was a huge loss for the band as you could imagine, but again, the band persevered with their new guitarist Vivian Campbell.

If you ask me, we can always argue about what bands deserve to be in the hall but aren’t and what bands are in but don’t deserve to be in, but I think we can all collectively agree that Def Leppard deserve this prestigious honor. As a band that’s given us so many timeless hits and have endured so much to do so, we can’t think of a better choice to headline the Rock & Roll Hall Of Fame class of 2019. Congratulations, Def Leppard!