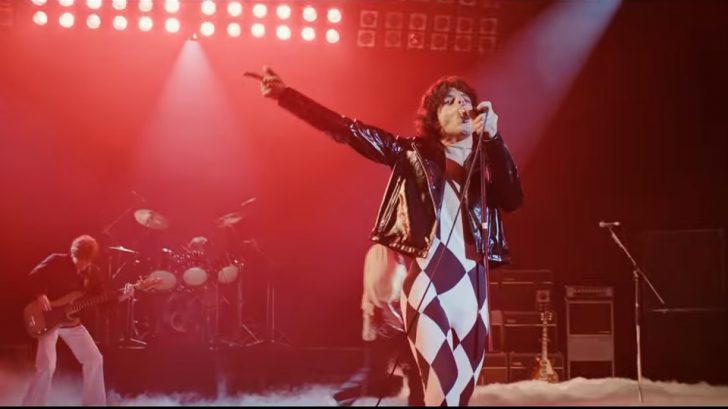 Twentieth Century Fox has revealed another breathtaking clip of Bohemian Rhapsody, which stars Mr. Robot’s Rami Malek as Freddie Mercury. The film will have its world premiere on October 23 at the SSE Wembley Arena, London.

The clip shows Freddie Mercury (Rami Malek) pushing Roger Taylor (Ben Hardy)  to his limits in the studio while recording the title track as he becomes a little frustrated as Freddie ask him to go higher with the famous “Galileo” and “Figaro” operatic lines.

Hopefully, Roger pushed the boundaries, as they managed the song to become a masterpiece, as we all know today.

Rami Malek surely did a great job portraying our beloved Freddie Mercury, imitating his antics and stage presence, even the soft-spoken nature of Freddie Mercury.  He has the knack for portraying the legend, and this will, without a doubt, win him an award!

Bohemian Rhapsody cast includes Lucy Boynton, Gwilym Lee, Joseph Mazzello, Aidan Gillen, Tom Hollander, Allen Leech, and Mike Myers. Originally directed by Bryan Singer but fired before he was able to finish the production due to some accusations/issues, he was replaced by Dexter Fletcher.

Keep going for the CLIP below: