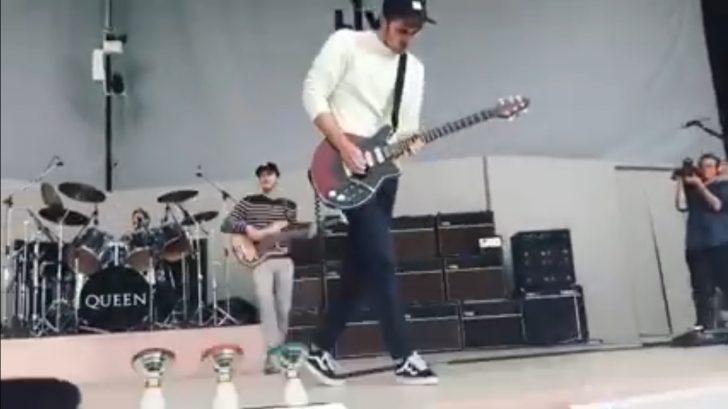 There are several things you can do or workout when doing a music rehearsal. We have witnessed some few guys playing killer tunes, killer bass parts, an awesome drummer, and amazing guitar riffs. But in this video, the rehearsal for the Live Aid scene for the biopic movie was beyond that, it was incredibly AMAZING!

It’s like the real thing and, of course, PRACTICE IS THE KEY! The groove, and the feel of the music, and the guitar solo! It’s all in there! It doesn’t feel laid back and the beat was on top.

You can see the guys from Queen, Roger Taylor, and Brian May in AWE and surely enjoying the rehearsal.

I know it's late, but it's awesome.

The most incredible thing about this video is that the one playing was their first audition to perform the LIVE AID concert of Queen. And the legendary Brian and Roger, the last two surviving members of Queen who still plays being the judge. Just imagine it, THE LEGENDS ARE WATCHING YOU!

Hats Off to these GUYS for nailing the song! The movie was surely a hit because they did the right thing and did their job incredibly. If the original members are impressed, surely Freddie would be proud too if he were to be alive today.