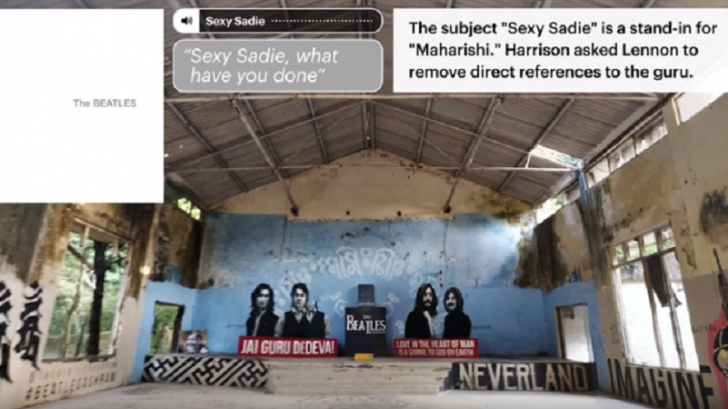 The Beatles are legends for a reason. Individually and as a group, they shined. And their creativity knew no bounds. For musical geniuses like them, even the most seemingly insignificant things give them inspiration. And with their impressive catalog of classics, there have been numerous mentions of several locations.

Well, the people at Vanity Fair decided to map out these places. From the mention of North West England in “Yellow Submarine” to Tucson, Arizona in “Get Back” – it’s a wonderful and mesmerizing trip down memory lane. Interestingly, Paul McCartney once said he wrote “Eleanor Rigby” because the name sounded natural and he liked it.

It was later on when he learned the name belonged to a woman with a gravestone in St. Peter’s Churchyard in Woolton, England.

“It just came. When I started doing the melody I developed the lyric. It all came from the first line. I wonder if there are girls called Eleanor Rigby?” – Paul McCartney

We’ll say it so you don’t have to – this isn’t exactly 100% accurate. There may be a few mistakes here and there but it still makes us feel nostalgic. And it’s an entertaining video for all that. They left out a few songs but hey, we’re not complaining because we found this seriously mesmerizing.

We can’t help but wonder what Paul and Ringo would think if they see this?

“But the other side of that coin is that we would not have made as many records if it hadn’t have been for Paul. John and I lived very close, and we could get lazy. And Paul would call: ‘Hey, lads. Time we went back in the studio.’ So we’ve got to thank him that you’ve got 12 records.” – Ringo Starr

Check it out and tell us what you think. We’d love to see something like this for other rock bands too!