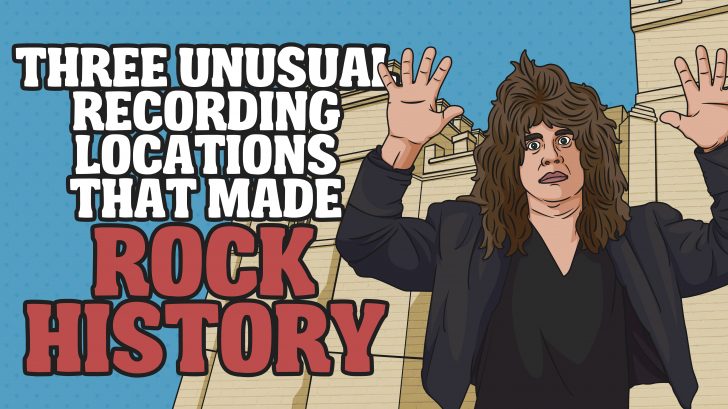 Not Your Average Recording Studios

Can you think of the Abbey Road Studios without The Beatles crossing your mind? Some are even so popular they made it to classic hits e.g. Muscle Shoals in Lynyrd Skynyrd’s “Sweet Home Alabama.” But in the world of rock ‘n roll (or pretty much anywhere else), you ALWAYS have to think outside the box.

And these following recording locations prove that it doesn’t have to be conventional to work. In fact, because they’re highly unusual, the artists were able to experiment freely and bring forth something fans have never even heard before.

It was called ‘Big Pink’ because of the pink wall cladding and it’s where the legendary “The Basement Tapes” sessions in 1967 were recorded. It features a sunroom which Rick Danko used as his quarters and the bunk area where Levon Helm stayed. This 1,850-square foot can be rented for a nightly rate of $650. So you know, if you extra cash to spare…

The Band aren’t the only ones who turned a house into a recording studio. Headley Grange is a three-story former workhouse which was eventually used by several iconic rock acts to record their albums like Fleetwood Mac, Genesis, Bad Company and Peter Frampton. This place apparently gets your creative juices flowing because it’s where Robert Plant wrote the lyrics to “Stairway to Heaven” in just ONE DAY! Even the song “Black Dog” was named after the furry friend who hung around the area while they were recording.

Built in 1727, it was done in Gothic style which made it VERY rock ‘n roll. From Deep Purple and Badfinger to Mott the Hoople, this was used by several bands. Also, this is where Black Sabbath resurrected their career. They came here looking for inspiration and they left with a masterpiece. The castle is currently being used as a wedding venue.