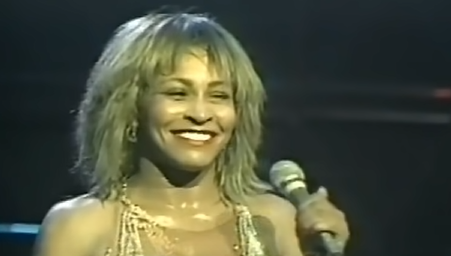 If you had to vote for a celebrity to enter the Rock & Roll Hall of Fame, who would you choose? A multitude of great music legends will come to mind but most of the votes have been taken by Tina Turner.

As Ultimate Classic Rock reports, the star who sings the well-known song “The Best” has amassed more than 503,000 votes. The vote was pretty close with the late Afrobeat pioneer Fela Kuti, who ranks second with 24,000 fewer votes than Turner. If you wonder who is next on the list, we will tell you that the Go-Go are third with 368,000, while Iron Maiden has 354,000 votes and the Foo Fighters somewhat less, 341,000. Of 16 artists, the five best positioned are taken and a parallel vote is carried out by a single fan.

The reason why Tina Turner is the most voted is not known for sure, however the recent documentary of the artist who goes by the name Tina and belongs to HBO may have something to do with it. The film explores her history of abuse while she was turning into a star.