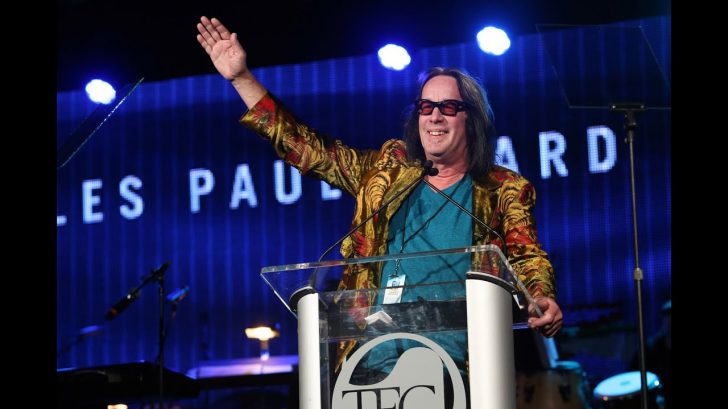 Todd Rundgren has reported that he will not attend the Rock and Roll Hall of Fame ceremony to be held in Cleveland in October, where he will be inducted alongside the Foo Fighters, Jay-Z and Tina Turner, among others.

Rundgren, who has acknowledged in a new interview with Ultimate Classic Rock that his relationship with the Hall of Fame has been “obviously not very good,” in return will perform a show a few hours away in Cincinnati on the night of October 30.

“I don’t know. It’s been up and down and in and out with them. My relationship with the Rock & Roll Hall of Fame, quite obviously, it’s not copacetic,” Rundgren told UCR. “I have offered to do something live for them from my venue. I will stop my show and acknowledge the award and mostly acknowledge my fans, because it’s for them.”

“They’re the ones who wanted it,” he laughs as he continues. “And now they’ve got it. So it’s a celebration for them, not so much for me. I’ve been totally willing to do that. But for me to do something extraordinary for the Hall of Fame would just be hypocritical. You know, I’m too much on the record about my feelings.”

In fact, Rundgren has been quite vocal about the Hall of Fame, embracing a wide range of sentiments between outright indifference and labeling it a “scam” when he spoke to Billboard last February.

Despite his not very good views of the Hall, Rundgren told Ultimate Classic Rock that he has tried to remain relatively quiet since his nomination was announced earlier this year. Rundgren is not the only one who has voiced his criticism of the Hall of Fame. In 2018, Iron Maiden frontman Bruce Dickinson called Rock & Roll Hall of Fame “an utter and complete load of bollocks.”