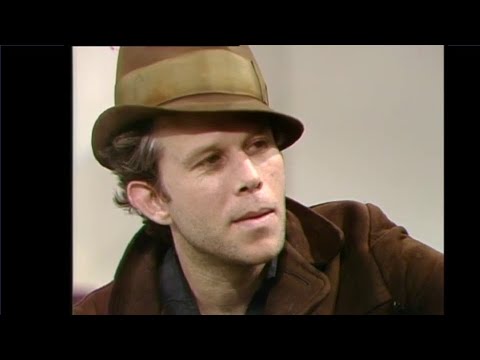 The first single released in his long career by Tom Waits was “Ol ’55” (1973), a piano ballad that is one of the star songs of “Closing Time”, his debut in LP format with jazz, folk, and blues influences produced by Jerry Yester.

In the song, Tom tells us about his journey by car (the Ol ’55 that the piece titled) on a quiet ride home after spending a night with his lover.

In 1974, a year after the release of “Ol ’55”, the Eagles group covered this song and included it on their third studio album, “On The Road” (1974), with the addition of vocal harmonies and the pedal sound. steel by Al Perkins, a collaborator of the likes of Gene Clark, Gram Parsons, or Stephen Stills in Manassas. Waits, apparently, was not amazed on the cover of the Eagles. During a conversation with the radio station WAMU in 1975, he honestly said, I frankly was not that particularly crazy about their rendition of it,” said Waits. “The song is about five years old, it’s one of the first songs I wrote, so I felt like it was kind of flattering that somebody wanted to do your song, but at the same time I thought their version was a little antiseptic.”