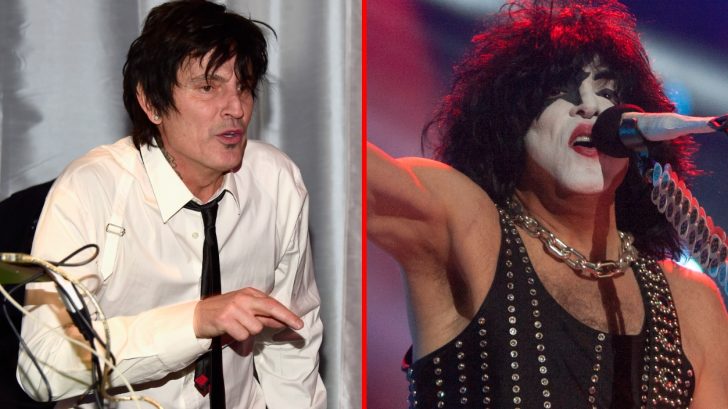 Say what you want about KISS, but no one can deny that the band is enormously influential in the world of rock & roll. They helped usher in the era of extravagant stage theatrics and flashy appearances, thus inspiring a boat load of bands to follow to do the same and REALLY put on a show.

Obviously KISS aren’t the first to do this, but many say that KISS do this the best, and it’s kinda hard to argue if you’ve ever been to one of their shows.

The thing is, according to Mötley Crüe drummer Tommy Lee, KISS are a bunch a’ thieves. While I think even without looking further into that everyone and their mother would IMMEDIATELY disagree, Tommy apparently has some proof.

Tommy tweeted this accusing the band of ripping off the stage production style that Mötley Crüe used on THEIR farewell tour.

DOES it look similar? Sure. But can Mötley Crüe really claim it as their own? Eh, not really. Like I said, KISS helped pioneer the whole trend of super flashy, pyro-heavy rock shows (that are still popular today), and Mötley Crüe have used these tricks for years.

So in conclusion, nobody really stole anything from anybody, and KISS helped make it so that these amazing stage shows are all a part of one big meting pot of rock & roll.