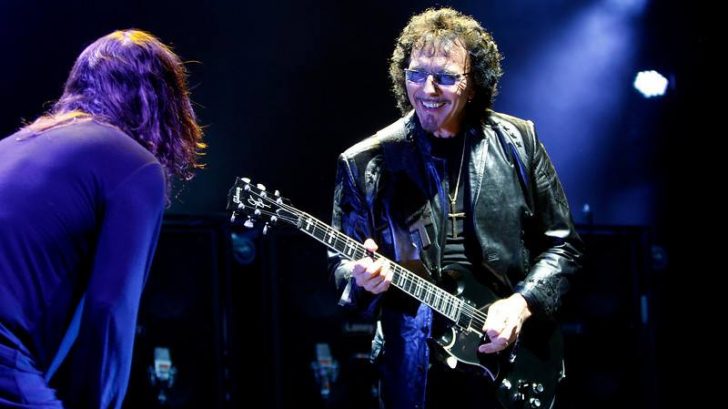 Tony Iommi and his former bandmate Ozzy Osbourne talk about their choice to stop writing music for Black Sabbath in the most recent episode of the docuseries on Ozzy Osbourne’s YouTube channel.

This past summer, the legendary group came together to play at the Commonwealth Games in the United Kingdom. Iommi also recorded guitar parts for two songs on Osbourne’s most recent album, “Patient Number 9.” Despite the fact that the former bandmates collaborated, there was never any truth to the reports that they were making an album.

Even though Tony Iommi is certain that he won’t be composing any new songs for Black Sabbath with his former bandmate, he still wants to be a part of his solo journey. On Osbourne’s most recent album, “Patient Number 9,” which was released in early September, Iommi collaborated with him. The two of them collaborated on the song “Degradation Rules,” which was released as a single after the title track with Jeff Beck.

Iommi said that because they are no longer required to continue working on Black Sabbath, they have gone on in different directions. He said that he speaks with Osbourne practically weekly. Since he stepped out, they have developed a strong bond that was absent during their Sabbath days but is now much stronger. The guitarist continued by saying that their connection had improved and the space had been helpful to them.

About not working with Ozzy Osbourne, Tony Iommi said:

“I think we’ve got a different way now – we’ve got more relationship going over the last couple of years than we’ve had for a long time… because we’ve become freer now. There’s not the Sabbath thing there that we’ve got to do. We’re in contact virtually every week. It’s just different now from how it was, and it’s been good. It’s been really good.”