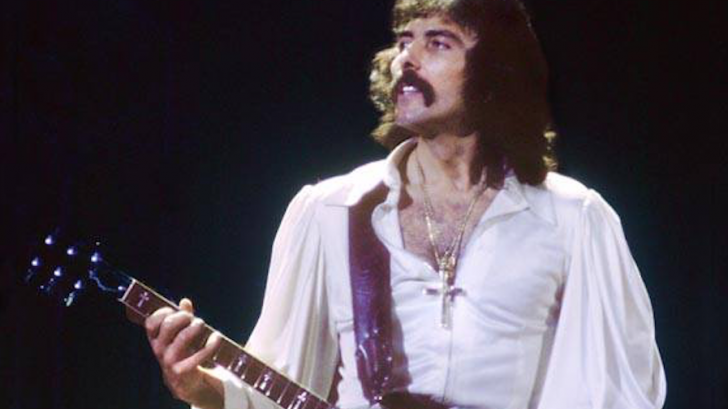 Black Sabbath’s shows have always been an event full of adrenaline and jaw-dropping performances. It’s difficult to explain how hard-hitting live Sabbath shows are without excessively using the words “iconic”, “mind-blowing,” or “out of this world.” A good place to start is Tony Iommi’s guitar riffs. The man can can take you down into hellish depths and back out into heavenly melodic runs.

Black Sabbath is a metal band through and through. There’s a simplicity to Tony Iommi’s guitar solos. They deliver a fearfully haunted sound you can’t stop listening to. The English guitarist/ songwriter/ producer has been the sole composer of Black Sabbath for nearly 50 years. His start came in the most unlikely of places. As a teenager, Iommi lost his fingertips (middle and ring fingers) in a metal (no pun-intended) factory accident.

In an interview with BBC Iommi describes that he

“was told ‘you’ll never play again. It was just unbelievable. I sat in the hospital with my hand in this bag and I thought ‘that’s it – I’m finished. But eventually I thought ‘I’m not going to accept that. There must be a way I can play’.”

He persevered after the accident, inspired by Jazz guitarist, Django Reinhardt. He says of the idol, “You know, the guy’s only playing with two fingers on his fretboard hand because of an injury he sustained in a terrible fire.” Instead of switiching the hands he plays guitar with, Iommi decided to move on and put thimbles on his injured fingers.

His forced innovation on the guitar gave Sabbath their signature haunting sound. Iommi had to detune his guitar several times to ease the tension on his fingers. The dark minor key guitar solos were actually revolutionary and no one had really messed with heavy distortion before that. Iommi achieved that sound with power chords, a modified treble-boosting effect pedal and a Gibson SG.

This is the Iommi sound…