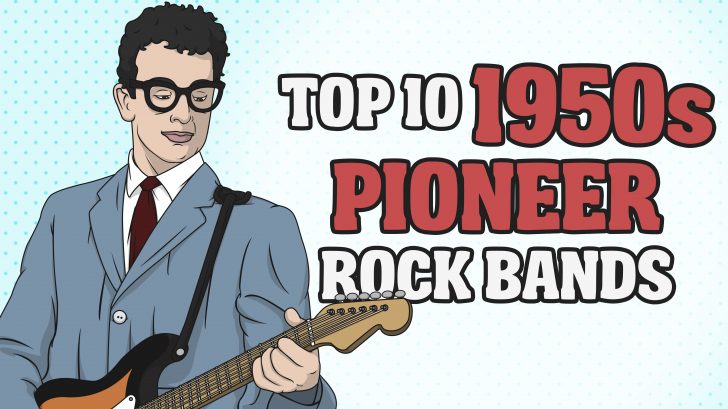 We Owe Them So Much

The 1950s was an interesting era – rock ‘n roll was just evolving and growing out of the shadows of other genres. While most adults were listening to the likes of Perry Como and Frank Sinatra, the younger generation were moving towards the kind of music their parents warned them about.

And the following bands didn’t just steer the kids in the right direction, they started a movement. And while rock ‘n roll continued to diversify, these groups pioneered it and they all deserve some recognition.

They’re widely known as the first all-teenaged rock act and their biggest hit “Why Do Fools Fall in Love” made them a household name especially their lead singer Frankie Lymon.

They’re one of 1950s’ biggest selling acts and they actually started as a trio. They then became a quartet and originally called themselves The Four Clovers.

Aside from being one of the first rock ‘n roll acts and therefore helping shape the genre, Hank Ballard is also an R&B singer and songwriter.

Bill Haley used to be a country musician but it was his cover of “Rocket 88” (often considered as the first rock ‘n roll record) which made him shift to another genre.

Gene Vincent pioneered rockabilly and rock ‘n roll music styles and his biggest hit with His Caps “Be-Bop-A-Lula” is an early example of what rockabilly sounds like.

They’re one of the most influential groups when it came to the development of rock ‘n roll sound.

They’re one of the greatest and most successful acts in the early rock ‘n roll era.

The Beatles named themselves after insects as a tribute to Buddy Holly and the Crickets, enough said.