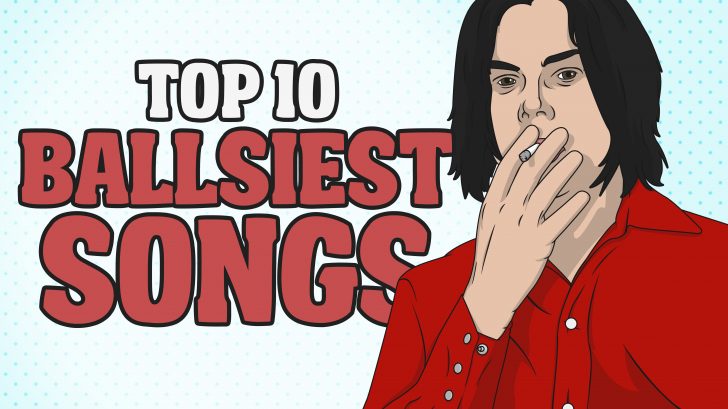 Got My Balls Droolin’

Coming up with this “Top 10 Ballsiest Rock Song” took some balls, it wasn’t that easy… There aren’t much of songs that were written with balls in it. In this list, we came up with the very best rock songs with the ball in the name, — it’s all about the balls.

You just can’t describe the happiness you feel when hearing Jack White performing this song. One of his flawless, and ballsiest song, that exudes his energy.

Original writers of this song are “The Temptation,” but Tesla had the balls to do a cover of it and did some justice, making it better than the original.

A genre of several types merged into one, one of Queen’s Rockabilly ballsiest song!

Ever wonder what would it sound like if you merge Judas Priest and AC/DC into one? — Here it is, “Accept” throwing balls everywhere. Rocking it out, especially the chorus, making us sing along with them!

It’s definitely ball-crushing, heavy, and rocking! Gotta give it to them, one of the best and uniquely written songs that talk about love.

Speed Metal wasn’t even a thing, but Deep Purple did it already with this song. Hear that “Ian Paice” drumming? – Definitely one of the best!

A brilliantly well-written song with an awesome hard-rocking opening riff, it’s like it about to smash you with a sledgehammer on your scrotum.

Grace Slick did it first, wreckin’ it out during the ’80s. All I can say is, f*** that Miley Cyrus Wrecking ball song, this is the true WRECKING BALL! Grace Slick voice = ROCK!

The music that never gets old! It must have been crazy and insane to be around with Jerry Lee Lewis.

The puns in this song are cleverly intended. This song is funny as hell and ridiculous. “Some balls are held for charity, and some for fancy dress, but when they’re held for pleasure they’re the ones I like the best.” — Best line ever!!!