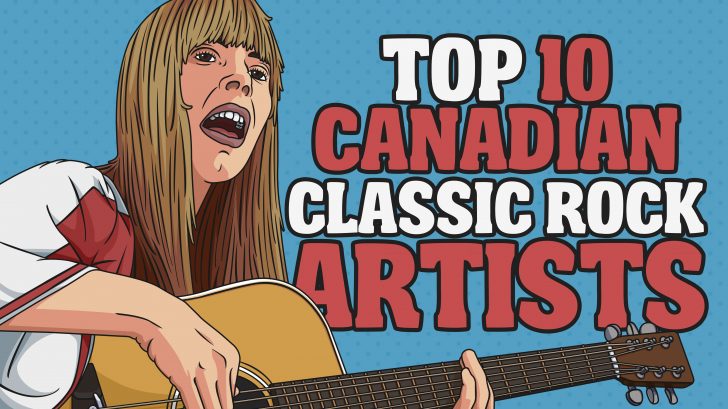 From maple syrup to poutine and everything in between, there’s so much to love about Canada. Sure they did give us Justin Bieber and Nickelback but we’re more than willing to let it slide because of the following artists who had invaluable contribution to rock ‘n roll.

They definitely deserve some appreciation because obviously, we cannot imagine a world where their music doesn’t exist.

It was his 1984 album “Reckless” which propelled him towards international stardom. And he has earned various wins and nominations from Juno Awards, Grammy Awards, American Music Awards, Golden Globe Awards, Academy Awards and MTV VMAs to name a few.

This rock group from Winnipeg, Manitoba sold more than 7 million albums in the ’70s alone and their biggest hits are still staples in classic rock radio stations today.

If we start talking about his accomplishments, we’d be here all day. So we’ll leave you will one word, “Hallelujah” – his epic masterpiece.

Before they became Steppenwolf, they were known as The Sparrows which formed in Oshawa, Ontario. They eventually went on to make huge hits like “Born to be Wild.”

Back in 1987, they were inducted into the Canadian Music Hall of Fame. It was the song “These Eyes” which helped them crack the Top 10 in the US.

We will always remember them as one of the few rock acts who managed to kickstart their career with a mind-blowing debut album.

In 2017, it’s been estimated that Rush sold over 40 million album copies worldwide. Let that sink in.

Would you believe this legendary singer-songwriter used to be a busker around the streets and small clubs in Toronto, Ontario?

This folk-rock legend is widely considered as Canada’s greatest songwriter since he helped craft the folk sound from the ’60s to the ’70s.

Where do we even begin with Neil Young? The man is so accomplished he deserves an entire post dedicated only to him and his musical brilliance.