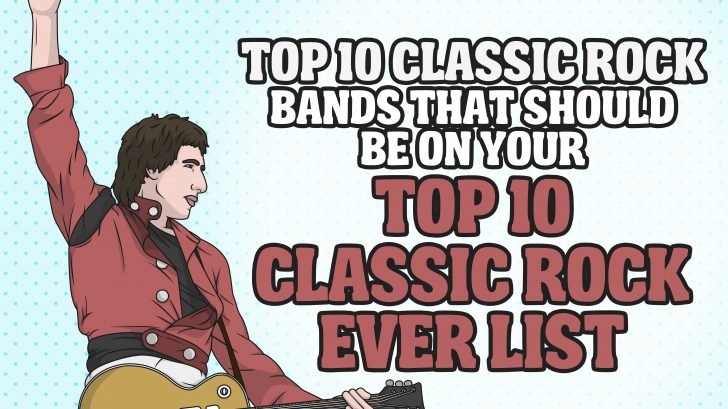 These top classic rock bands of all time were all hit-makers and rightfully earned their spot to be one of the greatest. I am pretty certain that any of these bands (or maybe all of them) are included and made it onto your list of classic rock favorites.

Whether it’s a Peter Green era or Buckingham/Nicks era, you just can’t deny the fact that Fleetwood Mac music is one the best.

Essential Album: Toys In The Attic

For decades, Aerosmith has consistently been rocking our world out!

They really should be up here with the finest of the finest.Days of future passed is music’s finest year.

Yeah, they only existed for less than two years, but that was more than enough to produce one of the greatest music.

One of the most classic rock influential band! Despite having a short existence.

Essential Album: After Bathing At Baxter’s

The Pioneers! Without them, we would never have tasted psychedelic rock!

They change the history of rock n’ roll forever, smashing guitars, and killing it with good music!

What is so great about Led Zeppelin you ask??? That’s a dumb question. They manipulate the mystique and the power of music like they owned it! Greatest of all effin’ time!

Essential Album: Wish You Were Here

Everything about their music is remarkable. One of the best bands ever, and here’s why – REAL MUSIC!

The Beatles should be on any goddamn music list! The greatest of the greatest!