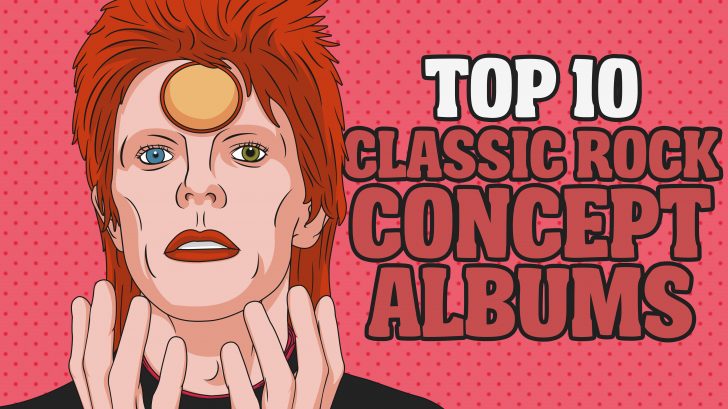 Brilliant From Start to Finish

When we think of concept albums, we often associate them with two words – unforgettable and ambitious. It’s more than just throwing a bunch of unrelated tracks together. Here, artists get all their creative juices flowing to craft a story they can tell in the most majestic and out-of-the-box manner. It’s like someone just thought, “Hey! Why don’t we make an album with a single story or songs with a loose theme that ties them together?”

Then, voila, we were blessed with the following masterpieces.

The story evolves around Rael, who lives in New York City, and his self-discovery after meeting other characters and experiencing several bizarre events.

Only Pete Townshend can manage to compose an entire album that’s as epic as this. The plot centers around Jimmy, a young working-class mod, who struggles to find his self-worth.

This is one of those concept albums where there’s not one story, instead, it has a loose theme that binds the songs together.

This three-part rock opera from musical genius Frank Zappa is basically a “stupid little story about how the government is going to do away with music.”

This is often regarded as one of the first concept albums in rock.

According to Alex Lifeson, Pete Townshend was a huge influence on them especially when it came to his strumming.

One of the most easily recognizable concept records of all time, this rock opera tackles themes of abandonment and isolation.

We don’t normally include two works from the same artist or band but for this masterpiece, we’d gladly make it an exception.

It was Paul McCartney who suggested that they record an entire album by a ‘fictional band’ so they can experiment freely. He further added, “I thought, let’s not be ourselves. Let’s develop alter egos.”