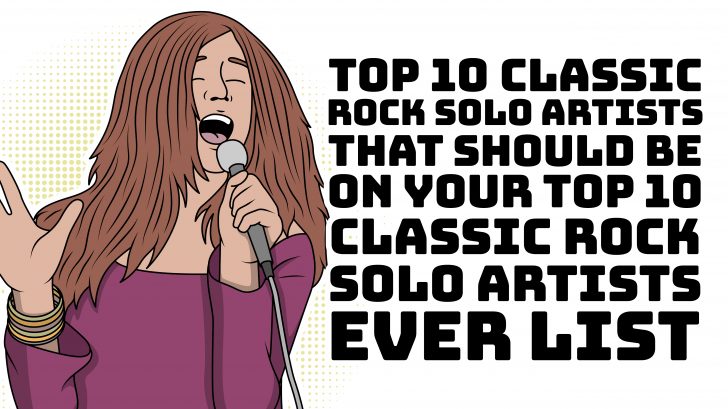 Some of these legends first gained their fame as members of bands while few started their own game and stayed on the top, but all these great solo artists have extraordinary talents that they managed to dominate some other well-known groups.

A versatile classic rock solo artist. He has done it all. From solo acoustic albums to full out rock n’ roll and movie soundtracks!

The Beatles would not have existed without him. One of the world’s most respected songwriters and composers.

Eccentric, but completely down-to-earth legend, with a kind soul. Such a talent!

One of the greatest showman! Neil Young refined the classic rock music.

By far the most important songwriter or singer/songwriter of the classic rock era.

His image was unlike to anyone else, wrote pretty good stuff, but also did a lot of gruesome stuff.

Unrefined, with a heart and feeling. One of the most unforgettable classic rock solo artists.

What is so great about Eric Clapton? Well, he played his Strat like no one else can manage to play like him. Clapton is incredibly talented.

One of the most important musicians in classic rock. He didn’t care if he was playing for a small or huge crowd. He was all about his music.

The natural genius of the guitar, a force of nature. The greatest axe-slinger that ever lived!