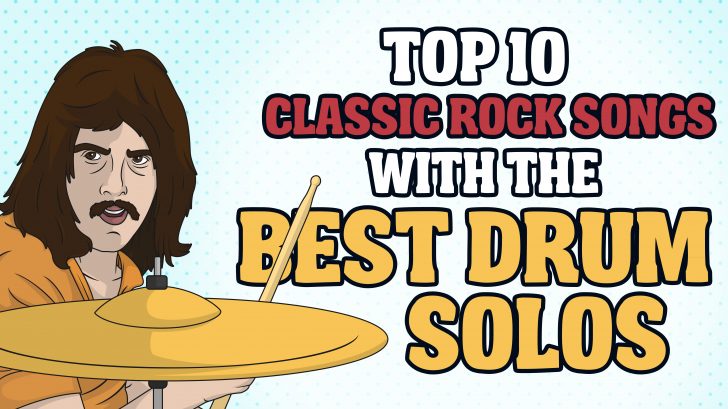 Rollin with the beat

The drum solo is a unique highlight of a any song that includes it. Though most rock songs usually include a guitar solo, the drums rarely get the spotlight. In rock and roll history, the drum solo is well celebrated. It’s pretty impressive to watch and listen to. It’s something to look forward in a song. The best classic rock songs are famous for their jaw-dropping drum parts. Without the drums, a rock song will definitely fall flat, so it is doing justice to give the best rock drummers their due credit. The concert drum solo can even extend so long within a song or a set that it becomes a sort of intermission break for the other band members. Drummers get very creative behind the kit and they developed classic techniques within those solos as well.

Let’s dive in to appreciate these 10 classic rock songs with the best drum solos:

In The Air Tonight – Phil Collins

You Could Be Mine – Guns N’ Roses