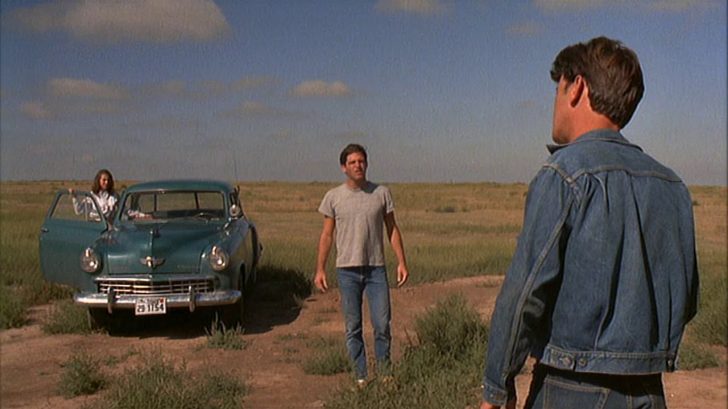 We all have our favorite movies, those that we love to review over and over again and that are part of our life in one way or another. Below are the Top 10 Coming-of-Age Movies In The 70s:

The birth of two rival youth cults (the “mods” and the “rockers”) has devastating consequences. For Jimmy and his cronies, a well-dressed gang, addicted to pills and always on the back of their scooters, being a mod is a way of life, it is belonging to their generation. Jimmy’s gang heads to Brighton, set on a wild adventure of drugs, thrills and pitched battles against rockers.

Cyril, Moocher, Mike and Dave are four friends from Bloomington, a small town in Indiana, who find themselves at the crossroads of their lives, that stage between adolescence and adulthood in which doubts about the future stop thinking. Dave’s obsession is bicycles, and that hobby will lead him to participate in a race that will change his life and that of his friends.

It is the last night of the summer of 1962, and the teenagers of Modesto, California, want to have fun before they face their responsibilities as adults. So everyone goes out that night to drink, flirt, drive around, go bowling, or dance for a bit.

New York, 1972. Charlie (Harvey Keitel) is a 27-year-old Italian-American trying to rise in the New York mob, but his rise is hampered by his sense of responsibility towards his reckless friend, Johnny Boy (Robert De Niro ).

Two children wander the Australian desert, left to their own devices, after their father committed suicide. There they will meet an aboriginal.

Acclaimed dark comedy that tells the story of a young man from a good family obsessed with death, to the point that his favorite hobby is trying different methods of suicide. It got rave reviews.

On Valentine’s Day 1900, Appleyard School students go on a field trip to Hanging Rock, a mountainous Australian region. Throughout the day a series of supernatural phenomena take place: time stands still, students and teachers lose consciousness and three girls and a teacher disappear.

1950s, in a small town in Texas. Young friends Sonny and Duane and beautiful Jacy are three dissatisfied and bored teenagers, spectators of their own lives in a self-contained town where there is not much to do. Everything is a still dream that unfolds between an old cinema, a pool hall and an all-night café.

Willy Wonka (Gene Wilder) is the eccentric owner of a large candy factory. One day he decides to offer five children a golden ticket that will allow them to tour the sweet factory. One of the winners is Charlie Bucket, a poor boy with a good heart who hopes for a better future for himself, his mother and his four grandparents. The other winners turn out to be four unbearable children.

South Dakota, 1959. When the rebellious Kit Carruthers (Martin Sheen) meets the 15-year-old Holly Sargis (Sissy Spacek), he decides to leave his mediocre life behind and achieve triumph no matter what. But after a tragic incident, both young men become fugitives.