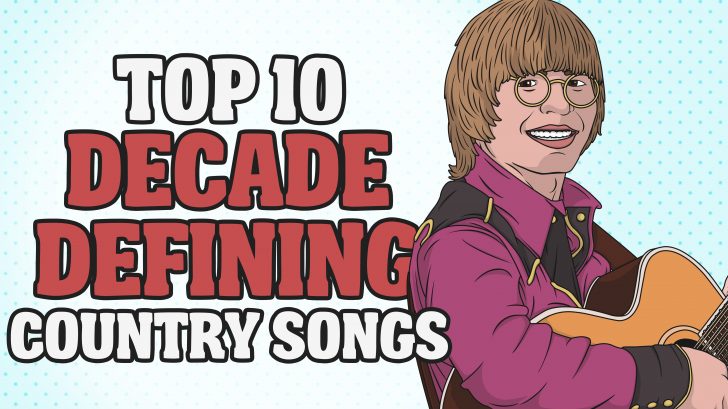 A Country Song that came from the heart from the one of a kind country singer.

Though the song has been previously recorded by Brenda Lee and Elvis Presley, the version of Willie Nelson defines the natural meaning of the song. That even an old song can turn up into something good.

No song can ever make you teary like this one. One of the greatest country songs of all time ever made.

This one is just plain awesome Country music with a great feel, and it’s a place that the writer had never been to. But overall, one of the most decade defining Country song.

Though it was written by Willie Nelson, with Patsy Cline’s voice, this song became a legend!

This one has a great story in it, Jolene was a little girl that showed up at one of Dolly’s shows. Dolly seeing her thought that she was really cute and pretty that she had to write a song out of her. Admit it, every time this music plays you just can’t stop yourself to sing along with it.

One of Country’s classic, though it came out in the 90’s, it still sounded somewhat the traditional Country.

The Country song that they don’t make like it anymore. This is definitely an essential Merle song.

Well, Tammy Wynette is surely a timeless Country Music Legend! Not even a single country music of today can have legs like this song does.

If you’re not into Country Music, Johnny Cash’s “I Walk This Line” will make you. You can’t just deny Cash’s music.