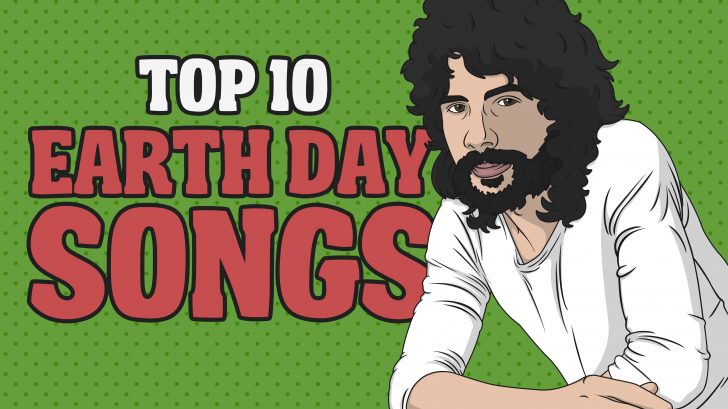 It’s Not Yet Too Late

On April 22, 2018, we will once again celebrate Earth Day which is “the world’s largest environmental movement.” This year’s focus will be on ending plastic pollution. Plastic is becoming more and more dangerous as it affects everyone – from humans to marine life.

And so in celebration of Earth Day, we rounded up 10 classic rock songs with one message – ensure the survival of our planet.

Written by Paul McCartney, he once said: “I’d always loved nature, and when Linda and I got together we discovered we had this deep love of nature in common.”

Lou Reed sends a powerful message when he sings, “Well Americans don’t care for much of anything
land and water the least / And animal life is low on the totem pole…”

He sums up our Earth’s state in two lines, “We are living on a dying planet / We’re killing everything that’s alive…”

Even with the psychedelic feel and soulful groove, it’s hard to ignore the lyrics here because it was written over four decades ago and it still rings true.

These boys don’t just sing about drugs, sex, and rock ‘n roll. They also like to warn about consequences if we don’t treat Mother Nature right.

“Oceans, rivers, lakes and streams / Have all been touched by man / The poison floating out to sea / Now threatens life on land…” And they’re also encouraging us to “avoid an ecological aftermath.”

Still remember the 2008 movie WALL-E which was about small robot collecting trash in the distant future? Well this is the soundtrack co-written and performed by Peter Gabriel where he sings “When we messed up our homeland / We set sail for the sky.”

This will send chills down your spine: “I think I’m so educated and I’m so civilized / ‘Cause I’m a strict vegetarian / But with the over-population and inflation and starvation / And the crazy politicians / I don’t feel safe in this world no more.”

If you’re not yet worried, you will be after hearing this song.