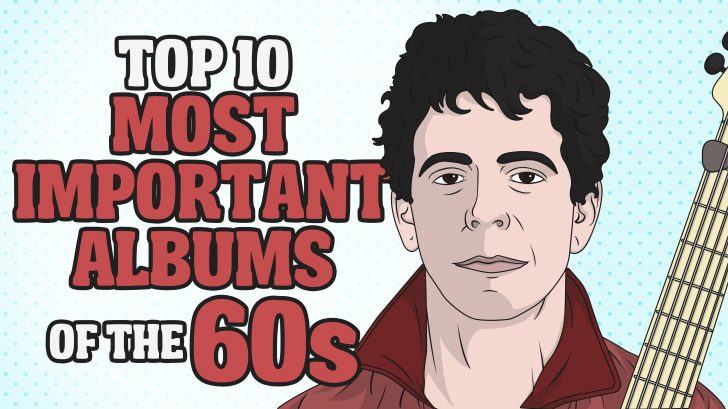 Some of the best musicians came from the 60’s, and each one of them became legends in their own rights. The albums that came from this era defined these musicians for who and what they are, hence that these albums are the most important albums of the 60’s.

10. Let It Bleed – The Rolling Stones

One of the magnificent records that ever been created by the Rolling Stones. This album is one of those examples that define Rock N’ Roll.

This record could be argued as one of Dylan’s finest work. “Blonde on Blonde” is just a record that is definitely sonically pleasing. It can give you chills every time.

We all have rocked many times to this album. “Tommy” is just as excellent as the one who recorded it.

Well, we all love blues and Cream’s Disraeli Gears just gave what we really wanted.

One of the deepest and meaningful record that we have ever heard. The album that brought The Doors to the pinnacle of fame.

I guess we can all agree that there is not a single album that we can thrash out from the Zeppelins, but Led Zeppelin II is arguably their finest one, and I think their best songs came from this album.

The 60’s music scene wouldn’t be complete if not for the masterpiece such as this one. The finest work of The Beach Boys!

3. Are You Experienced – Jimi Hendrix

The very best and the greatest debut album by the worlds greatest axe-slinger of all time! All the tracks on this record can answer the question of the album title. Are You Experienced? Well, I certainly am.

What else is there to say? This record is just brilliantly amazing! One of the best and most important records ever made – YOU CAN’T ARGUE WITH THAT!

You can’t judge the album by its content or by what the cover looks like. The greatest album of all time let alone the 60’s. And we can reasonably tell you that without this record, we would have never rock as we know it today.