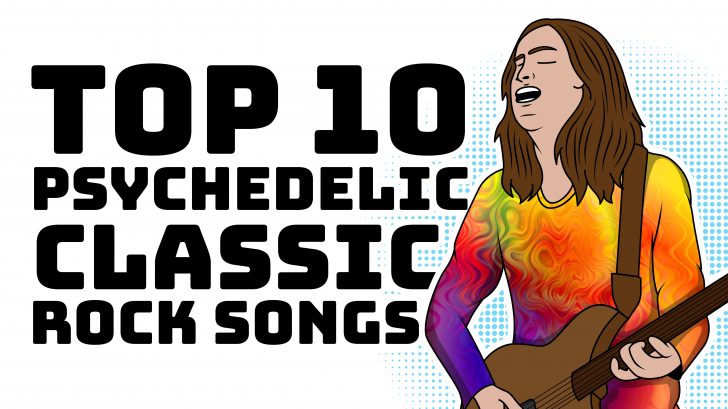 The top 10 psychedelic classic rock songs that reflected a “drug-induced state of mind.” They evoke you to become trippy and gives you a great feeling that you don’t even need to get high. The magical sounds that send you to a different dimension with a lot of silence and peace.

One of the hallmarks of psychedelic rock, not only trippy or otherworldly song, it has the nightmarish quality that fulfills the criteria of one of the top psychedelic classics.

Cream’s darker and edgier song that gives you a better feel. You just know it, that these guys were seriously awesome.

The song title says it all. Good Vibration is a timeless musical sentiment of Psychedelia.

Led Zeppelin can do anything, I mean everything, from blues to rock n’ roll and here’s there freaking take on psychedelic rock.

It helps you to turn off your mind, relax, and float to the world of psychedelia! Beatles’ creativity in the purest form.

This is how Deep Purple did it. An eternal psychedelic rock masterpiece! It’s hard to describe this in words you just have to listen to it.

How psychedelic can this get? Purple Haze was written for the people who likes getting high by a man who also likes to get high. Just listening to it makes you feel high, everything about it is a psychedelic experience.

Incredible lyrics that give you a feel of intensity. The songs create a great psychedelic atmosphere!

The song that defines the creative intelligent of Jim Morrison! Simply, one of the best psychedelic rock song there is.

1. Piper at the Gates of Dawn (Album) – Pink Floyd

Everything from the Syd Barret era of Pink Floyd is as good as psychedelic rock can get. So it’s hard to choose which one is the best. Pink Floyd music is so timeless!