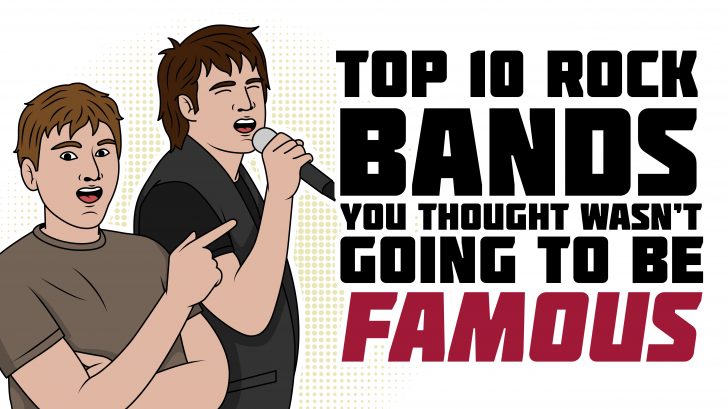 If at first you don’t succeed…

Not everyone breaks into mainstream that easily. In fact, few manage to find their sound from the get-go. And the following bands are proof that it’s never too late to try again. Some of them reinvented themselves and other just kept pushing on.

They went from hardcore punk to hip hop and rap rock – we’re not even complaining.

Once upon a time, they were a glam metal band. But they hit the jackpot when they went for a much heavier sound.

They started out by playing rhythm and blues but it was their second album “Days of Future Passed” which became a landmark in progressive rock.

It wasn’t until their third album when we realized they were more than just a band who does great cover versions of blues, jazz, rock and pop songs.

Before getting their big break, Pink Floyd used to play rhythm and blues songs at intimate music venues. No one probably thought they were going to become legends.

It wasn’t until their sixth album, with Michael McDonald on vocals, that the band finally made a mark in rock ‘n roll with McDonald’s golden pipes as their ‘new signature sound.’

When Peter Gabriel left, we thought that was the last time we’ll hear of Genesis. Phil Collins, however, proved all the haters wrong and took the band to another level.

Their first four albums were so-so and well, they were easily forgettable. They finally achieved commercial success with the release of “Ride a White Swan.”

They had some minor hits as a pop act and they were almost dropped by Festival Records. It was their 1966 single “Spicks and Specks” which helped them break into mainstream.

Before they were propelled to stardom with “Please Please Me” and “Love Me Do,” John Lennon and Paul McCartney were in a skiffle group. Who would have thought, right?