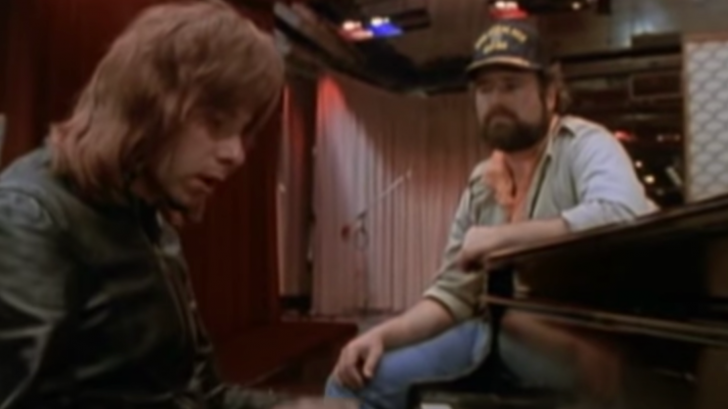 This is a list where we want to show how good movie and Rock and roll fans are, a combination that can generate such a spectacular synergy that gave rise to these films.

A rather lazy and clichéd movie, but one that we remember enjoying when we first saw it in my teens. Mark Wahlberg plays Izzy Cole, a fan of the heavy metal band Steel Dragon (the fictional version of Judas Priest), who owns a tribute band to it and who ends up being chosen to replace his idolized singer, thus becoming the Rock Star of the title.

The most successful cinematographic testimony of what is considered the most important band in the history of popular music. A Hard Day’s Night is like a Beatles song that was rampant during Beatlemania, the period in which the film emphasizes: it is fun, original, catchy, successful, deceptively light but technically virtuous, and with subtle complexity.

Biopic of the band of the same name, pioneer of girl-made punk, which served as the launching pad for the career of the great Joan Jett. The band has a very particular history, not only because of the fact that they are all girls making music that was generally reserved for men, but because it was almost completely ignored in the United States, but it had enormous success in distant countries like Japan. something that reflects the film.

And continuing with the gender subversions within the traditionally masculine and virile scope of rock, the wonderful Hedwig and the Angry Inch (directed, written and starring John Cameron Mitchell, and based in turn on a musical work of his authorship) has as protagonist to the transsexual leader of a gang in East Germany. It is inspired by Glam Rock and its androgynous aesthetic, present in artists like David Bowie.

Rolling Stone magazine, with all its lights and shadows, is an inevitable landmark in official rock history, and Cameron Crowe, a music journalist turned film director, was part of the phenomenon during its glory years in the 1970s.

This film based on the homonymous book by Nick Hornby, is the only one on this list that does not belong strictly to the “musical” genre, since in reality it would simply be a romantic comedy (with some drama).

One of the favorite biopics ever made, centered on the great post-punk band Joy Division, but especially on the troubled and short life of their leader, Ian Curtis.

A film related to Control, but much more cheerful, humorous and colorful, and certainly less tied to real events, something that the film itself recognizes.

Richard Linklater’s hit film is a simple light comedy, stripped of the most provocative or incendiary aspects of rock and geared towards the whole family, something that the most ardent rockers may not find very attractive, but it has the virtue of being extremely funny. and to have a Jack Black in a perfect role for him and unimaginable for any other actor.

This is Spinal Tap is the best satire in the world of more traditional rock, mainly of genres like hard rock or heavy metal, which generally tended to be extremely solemn and take themselves too seriously.