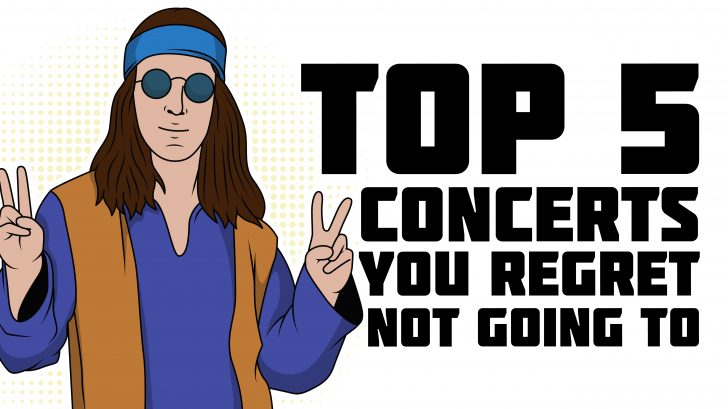 You probably didn’t think much about these concerts at the time. Or maybe you had other more important errands to run or you’re boss was giving you a hard time at work that you cannot find the right excuse to go on a leave. Whatever your reason is, we know deep down you regret not going to these shows. We totally get you because we feel the same way.

And like the other kids who were born much, much later, we can only console ourselves by watching videos and documentaries. It sucks big time.

One word – GLORIOUS. This is proof that Deep Purple at their peak left everyone else in the dust.

Where do we even begin? Dire Straits, David Bowie, The Who, and Paul McCartney were just some of the biggest names in rock who were there. Oh and yes, Freddie Mercury and Queen stole the show by the way.

The organizers reportedly lost $12M in three days but hey, at least the crowd got to witness performances from The Ramones, The Police, Santana, The Kinks, Tom Petty & the Heartbreakers, Pat Benatar, Fleetwood Mac and The Grateful Dead to name a few.

For only $3 to $6.50, you could have seen classic rock legends like Simon & Garfunkel, Jimi Hendrix, The Who, Janis Joplin, Ottis Redding, The Mamas & the Papas, Jefferson Airplane, and Eric Burdon & the Animals.

Who cares if you had to elbow your way through 400,000 people? It was the concert that changed the game for several artists including Richie Havens, Jimi Hendrix, Santana and Joe Cocker. If we had one shot at using the time machine, this is where we’ll go.