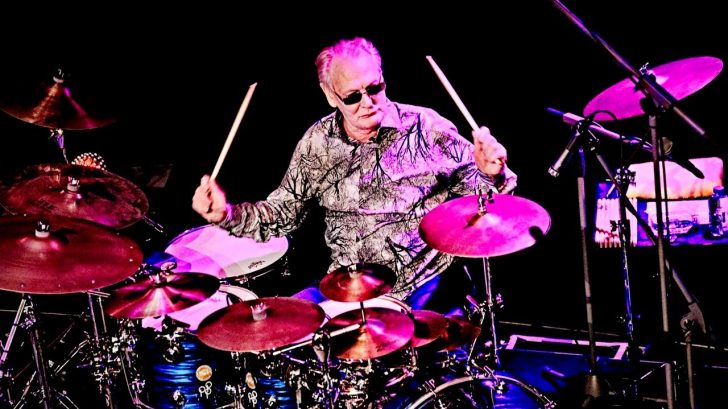 They say he is the original creator of the drum solo in rock, and so far, the opposite has not been proven. But Ginger Baker (born 1939 in London, England, died October 6, 2019) was much more than a powerful drummer, and her versatility far exceeds her insane feats behind the drums and cymbals.

From London’s dark and underground blues scene, Ginger Baker suddenly arrived in the big leagues of rock with the first supergroup in history, alongside Eric Clapton and, of course, Jack Bruce. “Toad”, from the first album, Fresh Cream (1966), is a clear example of the talent of the tremendous redhead, with the first drum solo recorded in the studio.

By 1968, the year their third album, Wheels of Fire, was released, tensions within the group were too strong and the long friendship between Jack Bruce and Ginger Baker threatened to explode. It is an irregular work, although it contains one of Cream’s signature compositions: the great “White Room”, revitalized by the way in the soundtrack of the more than current Joker movie. Baker’s drums shine here in full bloom:

Taken from the “Farewell Concert”, filmed by the BBC in 1969 and the true culmination of the existence of Cream, which had just recorded its fourth and last album, Goodbye Cream, made out of a commitment to the label, rather than for the pleasure of its members. This version of the Robert Johnson classic “Crossoroads” is a more than clear and representative sample of the power of the trio –and therefore of Baker– in his performance.

In 1970, Baker decided to form his own project called Ginger Baker’s Air Force, a band influenced by both jazz and African music (the drummer would soon set up a recording studio in Nigeria and become close friends with Fela Kuti ). Here’s a taste of this dizzying Air Force Ginger Baker performance:

The supergroup reunited in May 2005 at the Royal Albert Hall in London, to perform an extraordinary concert in which they included this piece, originally from the Wheels of Fire album and in which Ginger Baker himself is in charge of the solo voice, practically spoken, with which he narrates a strange fantastic tale. An unusual and little-known song with which we bid farewell to this enormous universal musician: