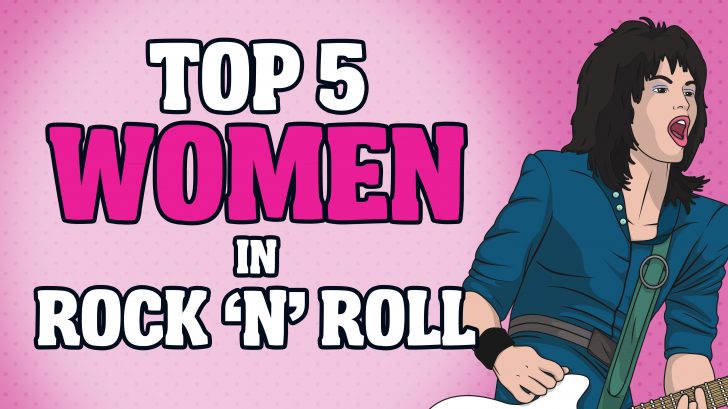 Rock n’ Roll Is For Everyone To Enjoy

Who told you that only men can rock n’ roll?! More and more women are striving to become a rockstar. Rock n’ Roll has always been there for us and who knew that chicks can rock or even compete with any male rock artists. Well, today female pop stars got the most media attentions, but who influenced them? No matter what kind of taste of music we have, there were women who inspired people of all genders with much class and passion. Women who made damn great music! It is even hard to rank who is much better because there are so many to pick. So we decided to choose the most important ones who glorified rock n’ roll music.

Amy Lynn Hartzler was born on December 13, 1981, she is the co-founder and lead vocalist of the rock band called Evanescence. Having the sensational voice, Amy Lee brought something that will never be forgotten in Rock n’ Roll.

Singing is not only her talent, she also has the incredible skills in playing the piano, harp, and guitar. There is nothing that Amy Lee cannot do. She definitely belongs in the world of Rock n’ Roll…

The one who love rock n’ roll with a sexy raspy voice.

One of the most extremely hot and classy female rock artist of all time. Joan Jett can rock you all night long. Joan Marie Larkin was born on September 22, 1958, best known for her work as the frontwoman of her band, “Joan Jett & The Blackhearts”.

She was kicking some ass back then on stage long before half of the rock artists today knew what a stage was! She has the bad attitude for rock music, she is one of a kind. We have loved rock n’ roll even more because of her.

The most influential female rocker. Every girl wanted to look like her.

Known for her work with Fleetwood Mac, Stephanie Lynn “Stevie” Nicks was born on May 26, 1948. She may not have that powerful voice that Ann Wilson possesses, but she is still truly one of the most unique singers. Queen of Rock as we call her who has influence more female musicians than the rest of the artists.

Blessed with a great songwriting skills that touched a lot of people along with a voice that will definitely hit our soul, there is no way that could any of today’s artists compete with that. Everything she did… just WOW.

There was a time were legendary rock bands ruled the world.

Ann Dustin Wilson was born on June 19, 1950, best known as the lead vocalist and songwriter of the hard rock band “Heart”. She was also included as one of the “Top Heavy Metal Vocalist”. Well, the fact that she has a dramatic vocal range says it all.

She has the most beautiful voice we have ever heard. No one comes close to her powerful voice.

She never even had a bad performance, it never happened. Definitely an underrated singer, the sheer power of her voice belongs to rock n’ roll. No one can touch her, she rocks!

If there is a Rock Queen, then Pat Benatar is the Rock Goddess!

Pat Benatar never let us down, she was our overall “hard core” rock n’ roll artist! A Four-time Grammy Award Winner, best known for her hits “Hit Me With Your Best Shot”, “Love is a Battlefield” and “Heart Breaker”. She also has two RIAA-certified multi-platinum albums, five platinum albums and three gold albums. No one can beat that!

She definitely can compete with any rock male artists! A strong woman, sweet, flawless, and unparalleled! What a woman! What an effin‘ rocker! She know what rock n’ roll really means.