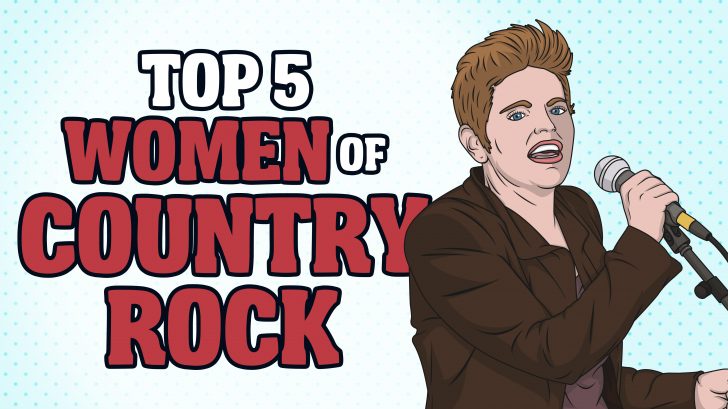 Girls have the power when rock goes country

Country-rock is essentially a fusion of rock and country, the result when rock artists play country music. This rock sub-genre first developed in the late ’60s when rock musicians added country themes, ideals, styles, and prominently using those pedal steel guitars into their music. The first artists who pioneered this genre were mostly men, including the Flying Burrito Brothers, Gram Parsons, and The Byrds. The most famous and successful country-rock artists of all time include Bob Dylan, Neil Young and Nashville West. Women also play a big part in shaping the genre through the decades, and the spotlight is given to them in this list. These inspiring female musicians are the part of the forerunners and torch-bearers of the sound of country-rock.

One can refer to her as the Queen of country-rock. Emmylou Harris has been a force to be reckoned with in the subgenre since the early ’80s when she sang a remake of the Chordettes’ “Mr. Sandman”. Harris was paied with Gram Parsons with whom she collaborated on many songs such as “She”, “Hears On Fire”, and “Love Hurts”. Her dark, forlorn, and moody vocal tone blended will with Parsons and together they created the ultimate country-rock duo. She’s also sang with top country artists like Dolly Parton and Tammy Wynette, but her unique quality voice distinguishes her from the typical country singer the world has grown accustomed to. The Alabama-born singer is definitely a rockin’ cowgirl.

Jennifer Nettles is best known as the lead vocalist of the duo Sugarland with guitarist and vocalist Kristian Bush. She’s widely recognized and respected in country music with her multi-platinum records and many music awards. Before she was part of Sugarland, she fronted the bands Sould Miner’s Daughter and Jennifer Nettles Band both based in Atlanta, Georgia where she is originally from. Sugarland announced a hiatus in 2012 following a stage accident in 2011 that killed seven people, and after Nettles announced her pregnancy, going into maternity leave. Since then, Nettles focused on her solo career and released her debut album That Girl in 2014. She also starred in 2015 on Broadway’s “Chicago the Musical”. She dived into the world of rock when she partnered with Bon Jovi for a countrified version of “Who Says You Can’t Go Home” which hit the number one spot on the Billboard country charts.

Martie. Emily. Natalie. These three women made their way to the top of the country rock music genre with 13 Grammy Awards won in total and over 41 millions albums sold world wide. Formed in 1989 in Dallas, Texas, they originally performed bluegrass country music before crossing over into other genres such as pop and rock. They first started achieving commercial success in 1998, 9 years after the band was originally formed. Their early chart-topping hits include “Wide Open Spaces” and “There’s Your Trouble”. The Dixie Chicks also achieved a a record making status, becoming the the top selling all-female band and biggest-selling country group in the U.S from 1991. Even though they went through some political controversy in the past during the George W. Bush administration, they returned again in 2010 after a touring hiatus. The Dixie Chicks are on the way back to go on top again as country rocks leading ladies.

Miss Underwood has got to be the most successful product of the hit reality television talent show American Idol. She is literally the fastest-selling artist in country music, and the country artist with the most number one hits in the charts to date. She has won multiple Grammy awards and is considered one of the most successful artists not just in country and country rock but in any musical genre in general. She has sold over 65 million records worldwide, and is dubbed by Billboard as “Country Music’s reigning Queen”. She is so successful that she set a Guinness World Record for having the most country no. 1s for a female artist.  She also created a country-rock match made in heaven when she belted out with Steven Tyler and Aerosmith in 2012 for a performance of “Can’t Stop Loving You.” It’s no argument Carrie Underwood is waaaaay at the top.

Rock and Roll Hall of Famer Linda Ronstandt has an extensive and impressive music career that spans 40 years. Although she became eligible to be nominated in the Rock and Roll Hall of Fame almost 20 years ago, she only got inducted in 2014 at 68 years old. With 12 Grammy awards and over 100 million record sales under her belt, she truly is a force to be reckoned with not just in the world of country rock but in the music industry as a whole. She has an innate ability to blend rock and country to which she became most known for. In fact, her first professional gig in Los Angeles in 1967 was the song “Different Drum” that definitely brought country-rock on the radar of popular mainstream radio. Her debut album released in 1972 featured members of the Eagles as her backing band, putting a rock twist to several country covers. This defined her career and developed the subgenre of country rock music.