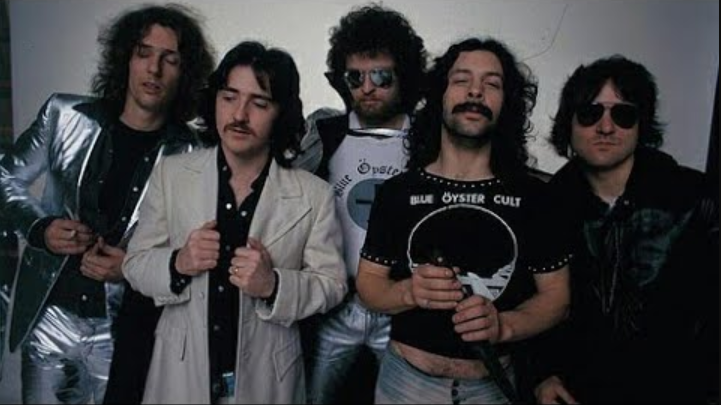 After changing names and members several times in the psychedelic era of the late 1960s, New Yorkers Blue Öyster Cult signed to Columbia. The group was composed at the time by the singer, guitar, and keyboardist Eric Bloom, the lead guitarist, and singer Donald (Buck Dharma) Roeser, the guitarist and keyboardist Allen Lanier, brothers bassist and vocalist Joe Bouchard, and Albert Bouchard who’s in charge of playing the drums and singing a piece.

If first impressions count, Cultösaurus has the upper hand, as it opens with none other than Black Blade, one of the best songs in the band’s history, an exciting combination of rock guitars and psychedelic arrangements (both vocal and instrumental. ), a faithful reflection of BOC’s intrinsic compositional freedom, although fully exploited for the occasion.

Agents of Fortune is legendary, apart from having a character on the cover, wrapping with tremendously intense content, as we can hear in that irresistible song “ETI.” Listening to a BOC album always represents an ode to creativity without borders, a quality born from one of the most versatile groups that we can remember, the bearer of truly unlimited talent and resources.

No matter how good, even, and superb an album is, as is the case with this Fire of Unkown Origin (album without fills or fissures where there are any), there are always a handful of songs that, for one reason or another, are flagged as the most visible (and memorable) face of it. And in this sense, it is impossible not to start by talking about Joan Crawford and Burnin ‘for You, the two most identifiable “classics” that he left from this group.

“Godzilla” is a great song and the perfect way to start an album. “Godzilla” is the one chosen to open the album and without a doubt it stomps, thanks to its dense and slow riff. The lead guitar is also very successful, the one that appears a few seconds after the song begins, and that gives Godzilla countless arrangements and solos until the end of it.

“(Don´t Fear) the Reaper”, a marvel with a beat similar to the “Gimme Shelter” of the Stones, with some recognizable opening notes that at the moment will generate the ovation of the respectable, and that interruption so enigmatic in the middle to show that we are facing an unconventional song, which nevertheless enters and gets into your soul.