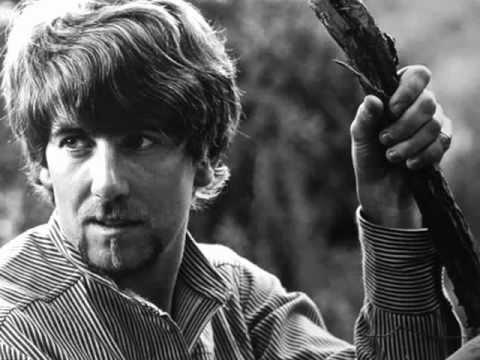 Graham Nash is one of the most unknown members of rock royalty. Part of the ‘British Invasion’ with the Hollies, he moved to the United States to form, along with Stephen Stills and David Crosby, Crosby, Stills & Nash, who were soon joined by Neil Young to complete a legendary line-up.

His solo career began in 1971 with the splendid studio album ‘Songs For Beginners’ and, ended with ‘This Path Tonight.’ Below is the Track-To-Track Guide To The Music Of Graham Nash:

After settling in California in 1968, Nash tried to build a career as a singer-songwriter but ended up being part of one of the first supergroups in rock history. After joining with Stephen Stills of Buffalo Springfield and David Crosby of the Byrds, Crosby, Stills & Nash was formed and released their first album in 1969. In it Graham Nash composed three songs, the first single ‘Marrakesh Express’ (a song that had been rejected by the Hollies), the folkie ‘Lady of the island’ (about her then-partner Joni Mitchell) and the psychedelic ‘Pre-Road Downs’. Despite being the least known of the trio, the latter is one of my favorites from that magnificent debut, thanks to the magnificent lead guitar of Stills.

With the incorporation of Neil Young, Crosby, Stills, Nash & Young became the great supergroup of its time and ‘Dejà vu’, the album they released, one of the best-selling in history. Again Nash’s songs were chosen as singles. The first was ‘Teach your children’ (another song rejected by the Hollies) in which Nash entered country-rock territories with the invaluable contribution of Jerry García of the Grateful Dead on the guitar ‘pedal steel’. The Eagles were taking notes.

Possibly the most famous song of Nash’s career. Composed while he lived with Joni Mitchell, it is so light that it can seem superficial. The harmonies between Nash, Crosby, and Stills border on perfection.

After the dissolution of Crosby, Stills, Nash & Young each of its members released an album that could be considered the best of their careers. Nash’s was ‘Songs for Beginners’, released in 1971, which contained many of the best songs of his career. Among all I have stayed with this ‘Chicago’ in which you can see how the British had become a political activist talking about what happened at the 1968 Democratic convention and the trial of the ‘Chicago Eight’.

In 1972, and faced with the impossibility of meeting with the two most famous members of the quartet (Stills and Young), Graham Nash and David Crosby decided to release an album together. The album was dedicated to ‘Miss Mitchell’, the Canadian singer-songwriter Joni Mitchell with whom the two had been romantically involved. Among his songs stands out this ‘Immigration Man’ in which Nash charges against the customs and borders in a new demonstration that his voice and Crosby’s were made to sing together.

Nash’s second solo album came in 1973. Contrary to the general perception of his work, this was not an optimistic album but a gloomy one. The singer had just ended his relationships with Joni Mitchell and Rita Coolidge and also resented the rest of his group for being unable to get back together. The title track is one of his most rock and straight songs.

Just A Song Before I Go

In 1977, Crosby, Stills & Nash got together again, again without Neil Young, and they released a new album ‘CSN’. How could it be otherwise, a Nash song was chosen as a presentation single, in this case, ‘Just A Song Before I Go’, a song he wrote in a few minutes as a result of a bet with a friend who challenged him to write a song in the 20 minutes he had left in Hawaii before leaving for the airport. Graham Nash recently acknowledged that he still had the $ 500 from the bet. Musically it is pure Laurel Canyon with excellent work by Stills on lead guitar.