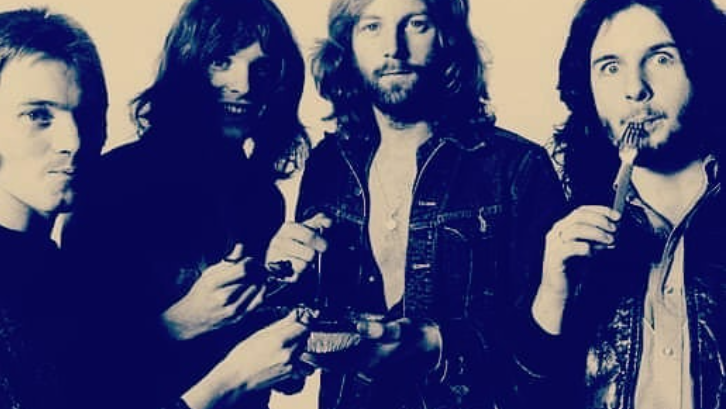 Steve Marriott, a well-known vocalist, and guitarist decided to leave the Small Faces (who with Rod Stewart became simply The Faces) to form a group with Peter Frampton, former singer, and guitarist of the group The Herd, they called themselves Humble Pie, whose sound took away the couple from psychedelic pop that at that time, in the late 60s, they were performing in their respective bands.

With Humble Pie they steeled their sound and tended towards root rock, leaning towards blues rock, boogie, folk-rock, country-rock, and hard rock.

Below is the Track-To-Track Guide To The Music Of Humble Pie:

After “Rock On” (1971), a great album with voices by P.P. Arnold and Alexis Korner, and the double live album “Rockin’ At The Filmore ”(1971), working with a good handful of long covers, Peter Frampton decided to leave Humble Pie to start a solo career that achieved enormous success. Frampton brought with him this track to include it on his Frampton Comes Alive, but, of course, we prefer the Humble Pie version.

In the 1980s, Steve Marriott resurrected the group with bassist Anthony “Sooty” Jones, lead guitarist Bobby Tench, and drummer Jerry Shirley, but the highly-selling recordings “On To Victory” (1980) and “Go For The Throat ”(1981), was not very satisfactory, so the Humble Pie disappeared shortly after. However, the album provided a classic track, Tin Soldier, one of fans favorite songs.

With Clem Clempson, Humble Pie’s first work was “Smokin ‘” (1972), a phenomenal album with its characteristic hard-boogie-rock, the occasional collaboration of Stephen Stills, and the band’s classic piece “30 Days In The Hole” , achieved excellent commercial results in both Great Britain and the United States.

“Smokin ‘” opens with “Hot’ n ‘Nasty”, with its lyrics about sex and drugs that ride between the wailing of Marriott’s voice and keyboard, the tasty riffs of guitarist Clem Clempson, the solid rhythmic combo made up of Greg Ridley and Jerry Shirley and the backing vocals provided this time by Stephen Stills and Rick Wills, who would become the bassist for Foreigner and Bad Company.

I Don’t Need No Doctor

Ending our Track-To-Track Guide Humble Pie Songs list with the great rock song “I Don’t Need No Doctor.” An R&B song composed by Nick Ashford, Valerie Simpson, and Jo Armstead and originally recorded by Nick Ashford on Verve in August 1966, and by Ray Charles in October 1966.