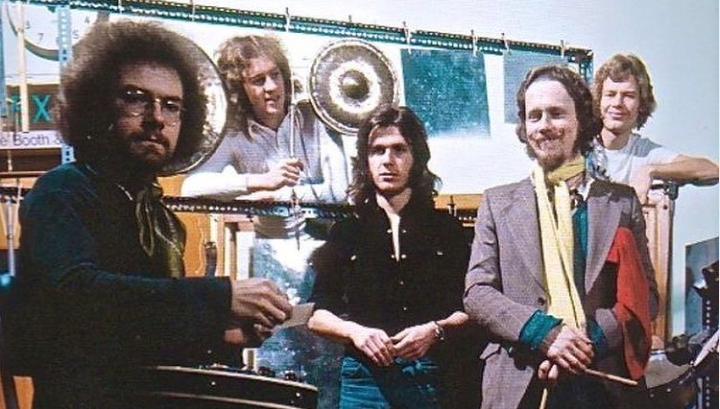 King Crimson was the rock project of Robert Fripp, a phenomenal guitarist with a desire for sound experimentation, a lover of classical music and jazz who mixed in his compositions with rock and music. pop, making his band one of the leading names in the progressive movement that emerged in Britain in the late 1960s and early 1970s.

The group was derived from the trio Giles, Giles & Fripp, founded in 1967 by Fripp and brothers Mike Giles, singer and drummer, and Peter Giles, bassist, and vocalist, three seasoned musicians from the Bournemouth scene who had been part of multiple previous bands.

The opening track Red was born projecting its own dense shadow, dressed in elements from its symphonic past, a dark and raucous Jazz and the nascent Heavy Metal, the latter marked by the distorted guitars and their stony riffs, which gave a somewhat peculiar vision from the special prism of Robert Fripp. And this vision is only glimpsed in the first song, the one that gives the album its name, an instrumental structured by heavy and ambiguous riffs as if they were from a kind of mutant Black Sabbath.

The Court of the Crimson King

The track, which left many of his contemporaries speechless, closes with the title of the same name, unforgettable cut, brilliant both in its instrumental and vocal work, with the special significance of Ian McDonald’s mellotron that takes us back to a fascinating medieval setting.

Starless, a song where King Crimson returned for a moment to their most symphonic roots, returning the mellotron to project us the old spirit of great epic songs like Epitaph or In The Wake Of Poseidon, with that prevailing string section that floods everything.

“Epitaph” is a sublime melody cut that features Sinfield’s great poetic work and a heartbroken atmosphere, enhanced by its epic projection for the album In The Court Of Crimson King.

“21st Century Schizoid Man” is one of the most important songs in King Crimson’s career, perhaps the one that best defines his ability to combine hard rock with jazz in a distorted transit full of acid power, a harsh spirit, and a pessimistic approach to a human nature marked by violence and greed.