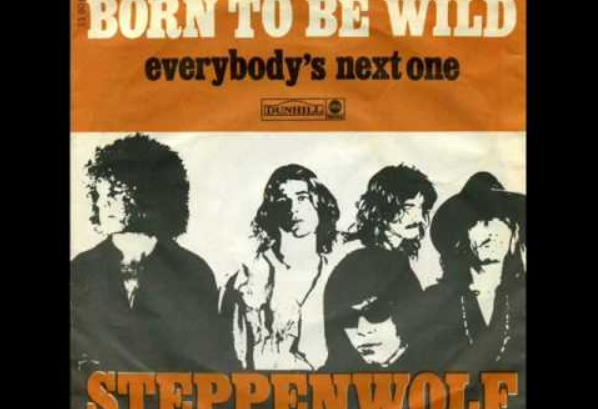 Formed in 1967 by vocalist and guitarist John Kay. The imposing presence of John Kay made him the face of the group that throughout its history saw many members pass, while he remained in his place, in front of everything. The writer Hermann Hesse became a literary icon for the American counterculture and the young hippies of the 60s for his texts on the search for identity and spirituality, with works such as “Siddartha”, “Demian” or “El Lobo Estepario”. This last title (“Steppenwolf”) was the name used by John Kay to baptize his band in 1967.

Below is the Track-To-Track Guide To The Music Of Steppenwolf:

Another of his best-known songs is the adaptation of “The Pusher”, an anti-drug song written by country singer Hoyt Axton. The LP, produced by Gabriel Mekler, received an excellent commercial reception (number 6), and its live performances featured-packed seats.

Steppenwolf returned with “Slow Flux” (1974), now with Bobby Cochran’s lead guitar. The album went quite unnoticed as did “Hour Of The Wolf” (1975) and “Skullduggery” (1976), records recorded at Epic of little significance at the time.

If you’re a forever Steppenwolf follower, chances are this is one of your beloved Steppenwolf tunes. If you are just an irregular listener, you probably haven’t heard of this incredible track.

At Your Birthday Party ”(1969) was his third album. An album (number 7) less satisfactory than his two previous installments, but enjoyable, in which rock trends were more evident. The single “Rock Me”, with the sound on all four strings by bassist Nick St Nicholas, is the best-known song on the LP and despite not reaching the sales of “Born To Be Wild” and “Magic Carpet Ride”, it managed to get high in the top 10 on the Billboard.

In 1968 they released their second big album, “Steppenwolf The Second” (1968), a record with another hit single, the psychedelic song “Magic Carpet Ride” (number 3), written by Kay and the former bassist Rushton Moreve with a lysergic combination of instruments with distinction for McJohn’s keyboards.

Born to Be Wild

The Sparrows changed their name to Steppenwolf, in honor of the novel The Steppenwolf by Herman Hess, and its powerful sound, based on blues but with elements of heavy rock, gave it immediate popularity, especially with its track “Born to Be Wild ”, which contains in its lyrics – for the first time in rock history – the term heavy metal. (Although it was used first, to describe a character, was William Burroughs in his 1962 novel The Soft Machine).