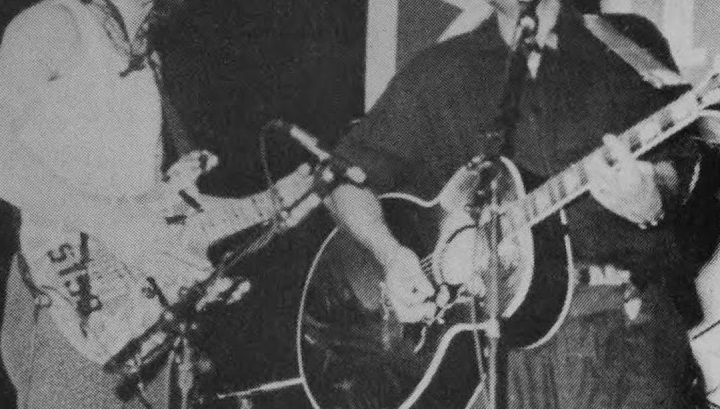 Online footage of the 1985 charity performance by Eddie Van Halen and comedian Cheech Marin has just been unearthed.

The event was held at Pepperdine University’s Firehouse Fieldhouse in Malibu, California. During the event, money was raised for M.E.R., the Malibu Emergency Room.

Valerie Bertinelli, then-wife of Van Halen, made the introduction and gave the unusual alliance the name Van Hey Man. A complete band then onto the stage behind the guitar god and comic. The ensemble performed a four-song set flawlessly as a unit.

The first song was a version of Marvin Gaye’s 1965 classic, “Ain’t That Peculiar.” Following that, Marin announced “a song of social importance” before starting to play “Mexican Americans,” a song made popular in the 1980 film Cheech and Chong’s Next Movie. Another Marin original, “Born in East L.A.,” which is a spoof of Cheech and Chong’s 1985 song “Born in the U.S.A.,” was played after this. The set’s final song was a rendition of the Troggs’ “Wild Thing” with new lyrics.

To the delight of the audience, Van Halen used various occasions during the concert to play ferocious guitar solos.

One of the band members jokingly referred to the lead vocalist as “Cheech Lee Roth” before the band’s last song, which was poetic considering the occasion. The event for charity was held on May 12, 1985. David Lee Roth had informed Van Halen just a few months before that he would be quitting to concentrate on his solo endeavor.