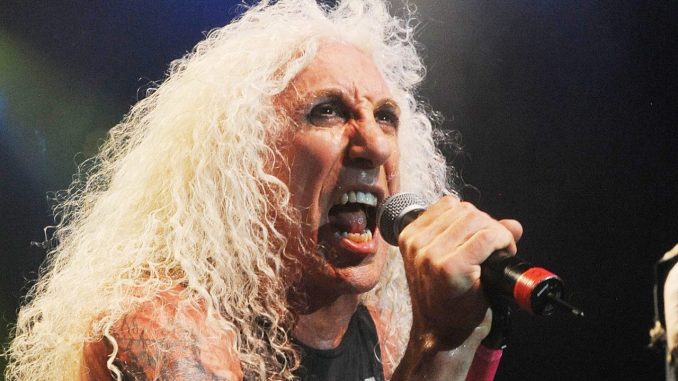 Twisted Sister’s Dee Snider recently engaged in a protracted Twitter debate with his followers over the difference between a great performer and a great vocalist. He thinks that being a performer demands altogether other qualities than simply being there on stage. Then Snider posted a reply to a question and listed his top leads.

The musician first explained what a strong lead meant to him in a previous tweet before listing his favorites. He noted:

“For me, a great frontman has people in the audience wishing/dreaming they could be like him or her. A commanding presence (yes, like me) who captivates the imagination of the crowd.”

The musician then responded to a user’s query on the vocalists he respected the most by saying,

“Good question. Believe it or not, I didn’t go to many concerts in my teens, so I got my ‘frontman’ inspiration from photos! I never saw anyone move! Lol! Frontmen I respect? Bruce Dickinson, David Lee Roth, Gene Simmons, Paul Stanley, Axl Rose, and James Brown the goat.”

The musician said that he hadn’t had the opportunity to see all of these superstars perform live, even though he listed them as his favorite artists. They mostly motivated him with images or films, then. Given that he named two members of KISS, it appears that Snider is a huge fan of the band’s live performances. Or perhaps it was because he, too, was unable to choose the KISS frontman.

Dee Snider clearly cares about performance and anticipates an upbeat presence on stage based on the individuals he mentioned. He believes that these performers enthrall the crowd with their endearing personalities and stirring theatrical performances. In a recent tweet, Dee also mentioned Freddie Mercury and ranked the late singer above all others by calling him a terrific frontman and fantastic voice.

Good question. Believe it or not, I didn't go to many concerts in my teens so I got my "frontman" inspiration from photos! I never saw anyone move! LOL! Frontmen I respect? Bruce Dickinson, @DavidLeeRoth, @genesimmons, @PaulStanleyLive @axlrose and JAMES BROWN THE G.O.A.T!! https://t.co/QevovVTta7