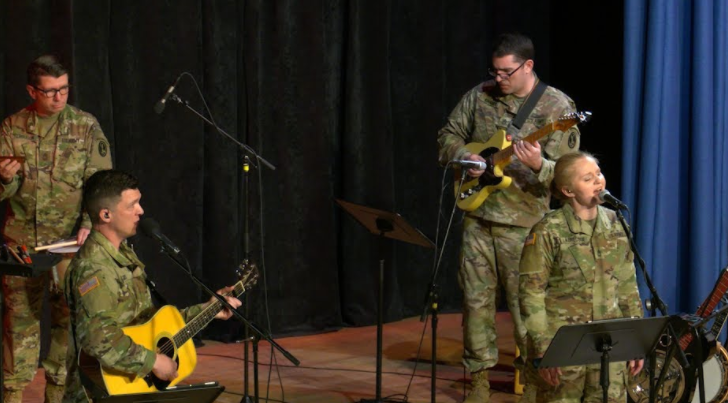 via The United States Army Band "Pershing's Own" / Youtube

There are many military gangs in the United States. They perform in parades, presidential inaugurations, state funerals, and a variety of events across the country.

Military band performances honor those who have served the country and seek to inspire American citizens to greater patriotism and service. The members of the bands often come from prestigious conservatories and music schools. See the “Blue Bayou” by the U.S. Army Band’s bluegrass band, featuring special guest vocalist Sgt. 1st Class Tracy Labrecque below.

The US Army Bands are configured as modular units: Music Performance Teams (MPTs) so they can operate and perform independently or combine to form larger ensembles to support music missions in multiple geographic areas. The United States Army Band “Pershing’s Own” is a musical organization that contains eight official musicians and serves primarily within the Washington DC area. The United States Army Field Band, under the command of the Office of the Chief of Public Affairs, serves the entire nation. The United States Military Academy Band serves in the other academies and the Old Guard Fife and Drum Corps serve as ceremonial support in the style of the American Revolutionary era.